Our final report from the Manx Music, Speech and Dance Festival - broadcast on Manx Radio between 9pm and Midnight on Sunday 29 April 2018  - includes the 2018 Sheffield Plate competition in full - a chance to hear ten really special young voices, plus lots of highlights from The Festival’s Finest closing night concert - and a few little extra gems too!

The programme on Sunday 29 April featured the following (please note that the list below is not necessarily the order in which the pieces are played in the programme):

ALLAN WILCOCKS - special performance of ‘Some Enchanted Evening’  in the Festival’s Finest concert, exactly 50 years since he won the last of his 4 Cleveland Medals (in 1968)

ORRY WILSON with a class-winning Manx Dialect Poem by Cushag 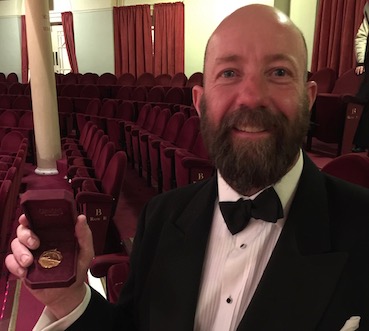