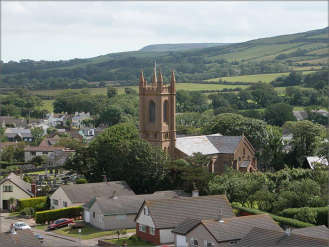 The District: The district of Michael was formed in 1989 by the re-amalgamation of two local authority areas, Michael village and the larger rural area of Michael parish. The name of the authority comes from the village, Kirk Michael, the church of St Michael.

The Authority: Michael Commissioners is responsible for providing a range of local services. The authority is part of the Western Civic Amenity Site board, the Western Swimming Pool, and the Peel & Western District Housing Committee.