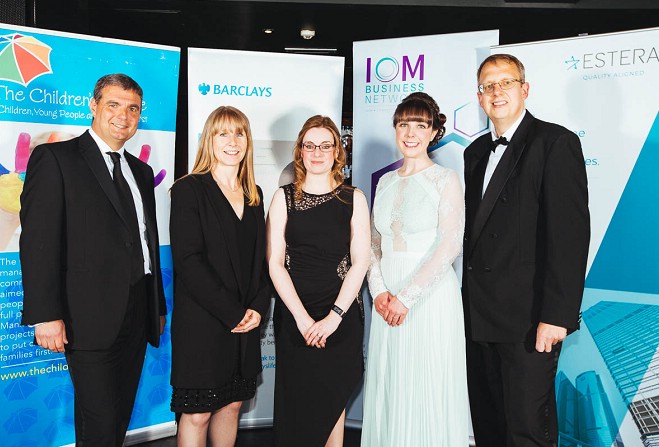 The Isle of Man Business Network raised more than £6,000 for local charity The Children’s Centre at its annual black tie ball.

Around 170 guests attended the event, at the Palace Hotel and Casino, which started with a drinks reception in Tahiko (sponsored by Estera), followed by the ball (sponsored by Barclays) which was compered by Peter Sutton of Barclays.

Guest speaker David Bryon provided observations into a side of the aviation industry the passenger rarely sees: uncovering the truth about airport check-ins, in-flight communication, customer relations and other joys of 21st century air travel!

‘The IOMBN ball is one of the biggest events in our social calendar and was once again a wonderful event,’ said Rachael Hooper, chairman of the IOMBN.

‘David Bryon was a great speaker; he combined business insights with pure comic genius and shared some great stories of what it’s like to work for an airline.’

The IOMBN also launched their new initiative on the night, TEAM IOMBN, to connect with the local community.

If you would like to join TEAM IOMBN at The Children’s Centre annual Rounders Championship on Thursday, June 23, or register your interest to join, you should e-mail them at: team@iombn.im

The talk was followed by live music from local band Soul Suspects.