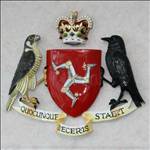 The government has released the Island’s latest inflation figures, and it’s not good news.

It's the highest rate for ten months, and a look through the main groups of monitored items shows fuel costs are the main driving force.

They have risen by 14.7 per cent over the last year, while motoring expenditure has risen by 8.3 per cent.

In the government’s retail prices index, the same pattern continues. Oil has risen by 44.2 per cent over the past twelve months while coal has jumped 14.3 per cent.

Basic foodstuffs are also on the increase, with bread, cereals and poultry rising 14 per cent, and cheese and eggs up almost 30 per cent since last year.