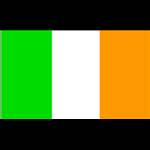 Politicians in Ireland look set to censure a former minister who funnelled bribe money through accounts in the Isle of Man.

The long-running Moriarty Tribunal, which looked into corruption in the republic, has finally delivered its report after more than a decade of investigation.

It singles out Michael Lowry for particular criticism, saying he was paid almost £150,000 by mobile phone businessman Dennis O'Brien in return for fixing bids for the country's second mobile phone licence.

The cash was sent through accounts in the Isle of Man, including one at Irish Nationwide, and the tribunal criticised the company for not giving evidence about the allegations.

On Wednesday, Ireland's opposition leader Michael Martin denounced the corruption in a statement to the Dail, the lower house of the Irish parliament: