SPC pitches in to conservation project 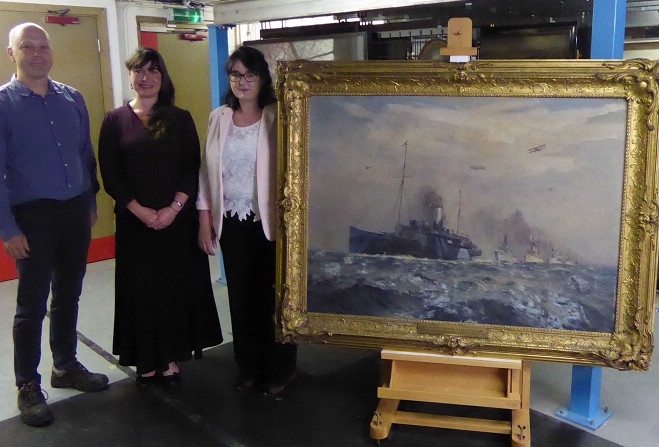 Three paintings destined for display in a new military gallery at the Manx Museum, are being sent for restoration.

The Isle of Man Steam Packet Company is assisting the project - and has a special reason to do so.

One painting shows SPC vessel King Orry as the only merchant ship among elite vessels of British and German navies, during the surrender of the German High Seas Fleet, leading a line of enemy ships sailing into the Firth of Forth.

Painted in 1919 by Arthur James Wetherall Burgess, the King Orry and her mainly Manx crew served with the Royal Navy throughout World War One.

Surrender of the German Fleet, along with two portraits, one of Major James Spitall, a commander of Douglas Rifles Volunteer Corps dated 1900, the other of Robert Farrant MHK dated 1795, will also be conserved.

SPC is transporting the trio of paintings to the UK for specialist cleaning and repair.

A new museum gallery dedicated to the Isle of Man's role in armed conflict, displaying costumes and weapons as well as paintings, is due to open in 2018.