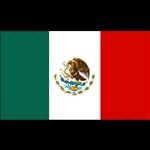 The Isle of Man has put pen to paper on another Tax Information Exchange Agreement.

The 21st TIEA was signed in Mexico City by the country's minister of Finance and Public Credit Ernesto Javier Cordero Arroyo on March 18, and in Douglas yesterday (Monday) by the Manx Treasury Minister Anne Craine. The documents were exchanged by post.

Together with the four double taxation agreements signed by the Isle of Man, there are now 25 agreements in place which meet OECD standards.

Mrs Craine says by continuing to expand its network of agreements, the Island is demonstrating 'a commitment to tax transparency and effective exchange of information'.