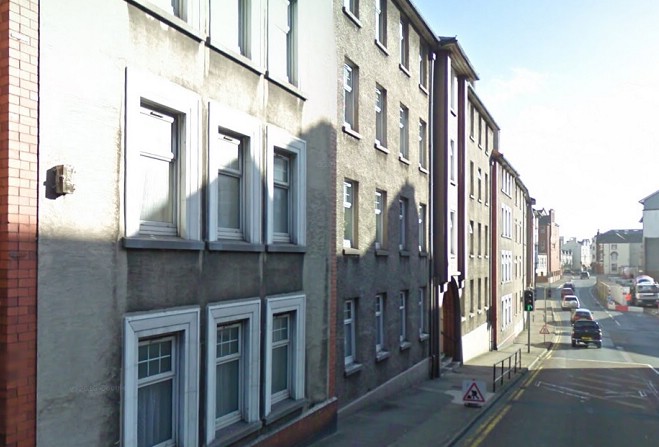 A cap placed on local authorities to stop them overspending on the maintenance of public sector homes is to be reviewed, amidst recent criticism.

Housing member at the Department of Infrastructure Julie Edge says it's time the situation was assessed due to the differing ages of properties across the Island.

As part of the review, she wants to 'strike a balance', ensuring some form of regulation is kept and there's continued investment in housing.

The department had been accused of double standards by some politicians for spending 29% of rental income on maintaining properties last year, surpassing the 24.8% it allowed local authorities to spend.

Limits are placed on what local authorities can spend on housing maintenance, management, and sheltered communal facilities.

The disparity came to light in a House of Keys written answer provided by Infrastructure Minister Ray Harmer.

Ms Edge says this was a 'one-off year', and in other years the department has spent under the cap.

It comes following repeated calls by Douglas Corporation for the limits on spending to be raised, so homes can be kept to a better standard and brought online more quickly.

The council's housing chair Claire Wells says an extra 4% would've allowed £400,000 more to be spent on 'desperately needed' upkeep, and has described the situation as 'frustrating'.

Douglas Council manages around 2,200 properties, the most out of any local authority and the department.

Mrs Wells has asked for a 'stepped increase' in maintenance allowances, up to at least 30%, to keep these homes up to standard.

'Our properties are a lot older than department-owned homes, and they need a lot of investment'.

'Nine times out of ten, we're spending thousands of pounds on a property. Would we like to return our void properties in a better state? To a better standard? Of course we would, but we just haven't got the money to do it'.

Ewan asked Ms Edge to explain whether it was fair the DOI allowed itself to spend more than local authorities:

Ms Edge's Onchan counterpart, and former commissioner MHK Rob Callister,says he was shocked to see the disparity - he told Ewan there are clear conflicts in the department:

Mr Harmer's written answer in the House of Keys was prompted by an enquiry from Ramsey MHK Lawrie Hooper.

He also asked for a breakdown of the number of homes managed by each housing authority, their total maintenance allowances, and how much is spent on average per unit.

You can view the answers in the table below: 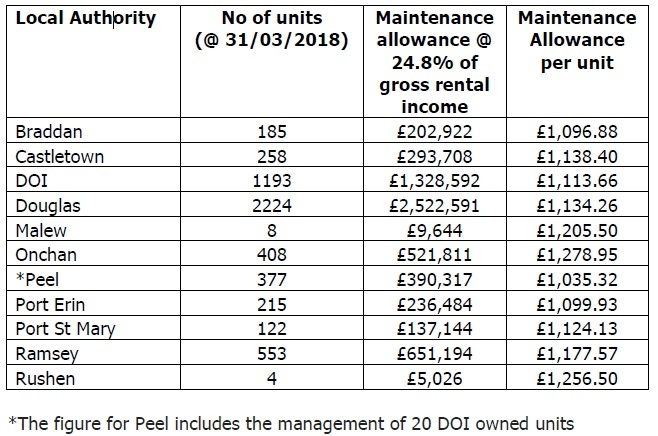