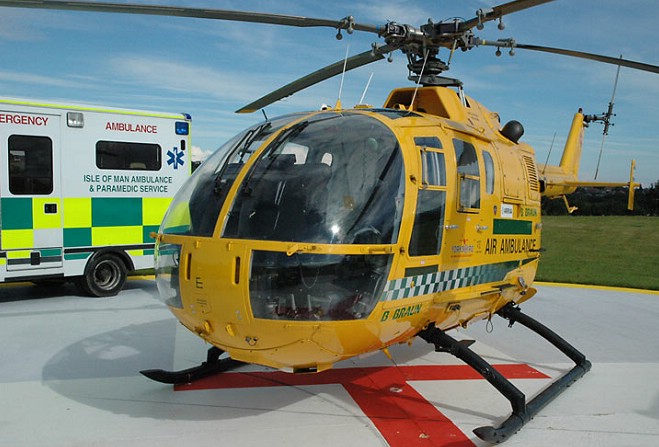 A replacement air ambulance is a contractual requirement of the company which provides the helicopter for the Island, according to the health and social care minister.

Kate Beecroft was responding to a House of Keys question from North Douglas MHK David Ashford, which ended up being answered in written form.

He wanted to know what contingency plans were in place in the event of a failure.

Mrs Beecroft told him the aircraft was supplied by an external contractor, Capital Air Ambulance, one of the UK's largest air ambulance providers.

Mrs Beecroft says the contract stipulates an alternative aircraft should be at Ronaldsway within 90 minutes of a fault being identified on the existing one.

If a patient requires a more urgent transfer, she says the backup plan is to contact the UK Maritime and Coastguard Agency control centre.

The patient is taken to Liverpool Airport using the nearest available UK or Ireland Coastguard helicopter, for onward transfer to the relevant UK hospital.

The length of time between the initial call and the helicopter's arrival at Noble's hospital or Ronaldsway is around 20 minutes.