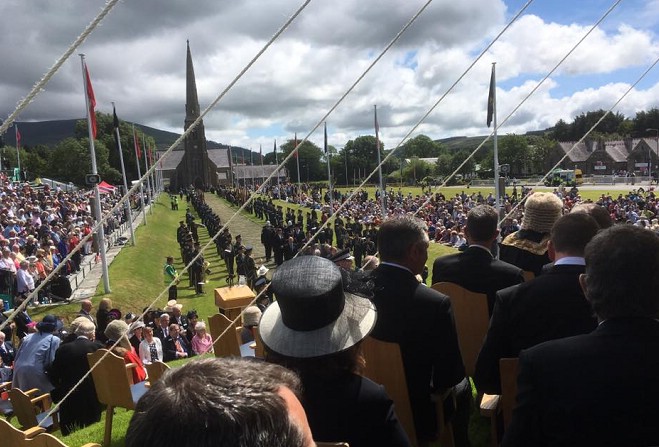 The Manx parliament has held its annual outdoor sitting on Tynwald Hill, ensuring the continuation of a time-honoured annual tradition.

High ceremony has been observed at the spot where the Manx parliament has gathered in evolving forms for 1000 years.

The arrival of the Lieutenant Governor Sir Richard Gozney started formal proceedings, he was heralded by a millitary band before laying a wreath at the national War Memorial.

A chapel service, national anthem and procession to tiered seating on the hill in front of a grandstand audience, provided a colourful spectacle of Manx tradition.

Tynwald Day 2017 has seen 13 new laws promulgated in the open air, and members of the public invited to take their grievances to the heart of parliament - in the form of petitions for redress.

At least seen petitions were presented at the foot of the hill to the Clerk of Tynwald, some by individuals, others by MHKs on behalf of constituents.

John Moss described the presentation and the response of the governor:

Ahead lies a packed programme of entertainment and activities which will go on well into the evening.

The programme spans an academic lecture, folk dancing, stalls and sideshows, local food, a Viking Village, hog roast and ceili - and a new TywnaldFest tent will be the hub of live music later.