Appeal over decision on new homes at Knock Rushen is rejected 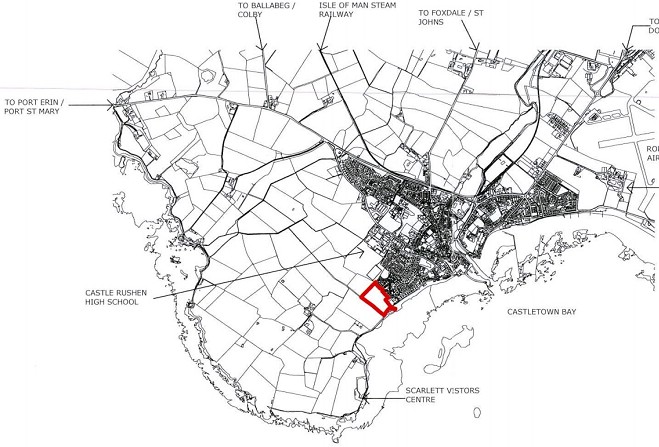 Hartford Homes and Castletown Commissioners have failed in their bid to appeal a planning decision on the construction of 48 new homes at Knock Rushen.

Their objection was dismissed this week (April 15) by the Environment Minister Geoffrey Boot, following an independent inspector's report.

Hartford Homes' proposal was turned down by the planning committee last year, as the land wasn't zoned for development under the Southern Area Plan.

It comes despite the fact a separate planning document, the Castletown Housing Land Review (CHLR), earmarked the site as suitable for development to 'meet the additional housing needs' of the old capital.

The land review hasn't been approved by Tynwald though, and it's been said it carries little weight in the planning process.

The developer and the local authority lodged an appeal last year, with the latter seeking clarity over the importance of the CHLR.

Notice of the appeal rejection was published today (April 17) on the government's planning portal.

In the report, the independent inspector echoed the committee's concerns over zoning, adding that the new homes would also compromise the 'landscape quality of the area'.