Appeal to motorists to drive safely in poor conditions 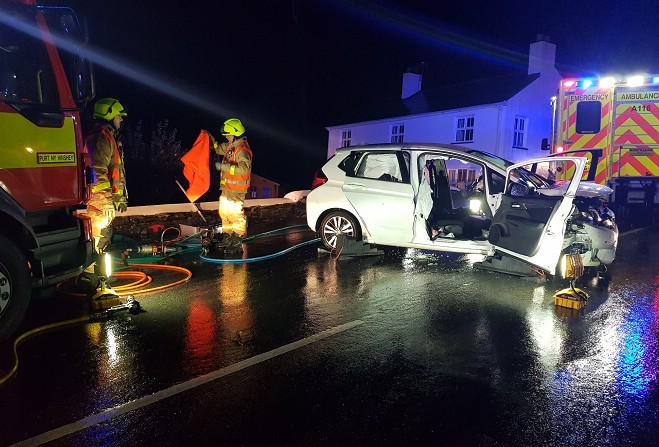 Three accidents in 24 hours - and another RTA today

Motorists are being asked to take extra care during poor weather.

Just after 5.30 in the morning, Kirk Michael and Peel crews were mobilised following reports of a road traffic collision in the area near Alpine corner, Ballaugh where a car had rolled on to its roof.

The driver had escaped from the vehicle and was given first aid at the scene.

Just before 6pm Peel crews responded to reports of a two vehicle road collision around Lambfell, just north of Glen Helen. Cutting equipment was used to free two occupants who were then taken to hospital.

Fire services also attended an accident on King Edward Road in Onchan, in which a car had left the road and collided with a pole carrying power lines for the MER.

There's been a further accident on Westminster Drive in Douglas this morning (Thurs), which has now been cleared.

As usual the advice to drivers is to slow down in poor weather and drive in a way suitable for the conditions.