Arbory digs down on Knotweed problem 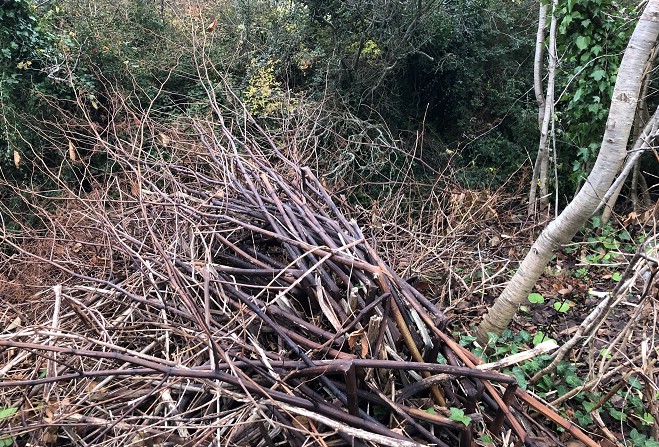 A local authority in the south of the Island is looking to dig down on an infestation of Japanese Knotweed.

Arbory Commissioners have embarked on a five year plan to eradicate the invasive species from Colby River along Glen Road, protecting properties, roads and footpaths.

Though the stubborn weed has been present in dense thickets for many years, parishioners had approached their local representatives to call for a solution after a recent spike in growth.

Confusion over who is responsible for knotweed means the problem often persists. Arbory Commissioners had previously advised landowners to deal with it themselves, whilst government says it will only take responsibility for knotweed on its own land.

In August this year the current board of Arbory commissioners decided to take action.

A company was contracted to conduct a site survey, and advise on what work was needed along the river

Single plants ranging up to 40 meter-long dense patches of knotweed were identified as a risk to property, roads and footpaths.

A long-term 'herbidical injection programme' is now underway, with three years worth of treatment, and two years of monitoring.

Knotweed cannot be dealt with simply by chopping the weed back.

The Commissioners anticipate a 1-2p rate rise to deal with the cost of the programme, something chair Jane Glover believes will save money in the long run.

She's been joined by Local Democracy Reporter Ewan Gawne along the banks of Colby River to discuss the issue.