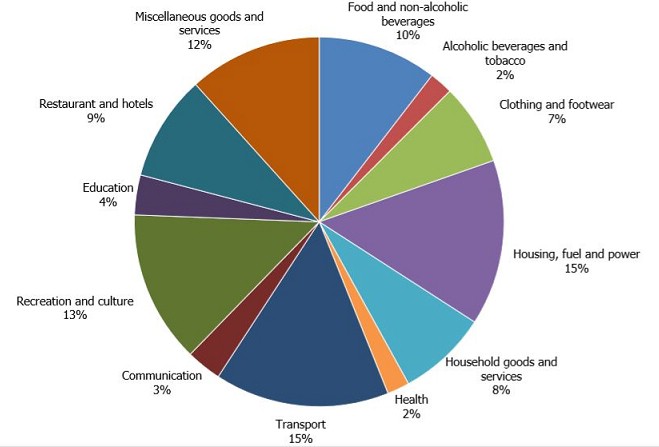 The average Manx household has less than £50 to spare each week.

That's according to the results of the Isle of Man Government's Household Income and Expenditure Survey.

Housing, fuel and power, and transport, each accounted for 15% of household spending.