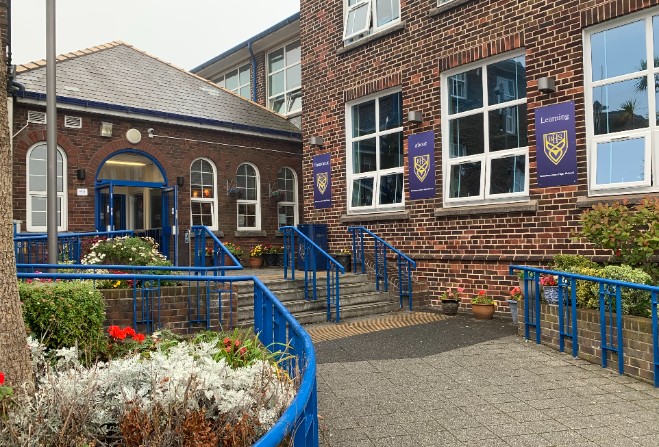 Says it's just a chance to "reinforce" the school's high expectations

A letter sent home to parents from Ballakermeen High School regarding behavioural expectations and punishments has been receiving some backlash online.

Titled "Reset on Respect", it outlines rules the school feels need "re-emphasising", and how parents and carers can help enforce them.

"As adults it is particularly important that we all try to model our shared values. I appreciate this may be challenging when we have a difference of opinion, or during heightened stress. These are, however, precisely the times when we must work even harder to uphold these values. This means that should you need to come into school to talk to staff or when you are conversing with staff by telephone, we expect you to do so in a respectful manner and you should expect the same in return."

The letter outlines the routines it expects from students, which include entering classrooms in silence, checking uniform is "immaculate", packing away and standing behind desks in silence and waiting to be dismissed by the teacher.

While the school says it wants to encourage the use of "e-praise" to recognise positive behaviour, it also lays out the punishments for any misdemeanours.

Any disruption during lessons will warrant a behaviour point - five behaviour points in a week will see parents or carers contacted while eight will see the student put into independent learning for a day.

Students who've been given warnings will also see their name or initials written on the board at the front of the class.

The expectations aren't just for students though.

If parents or carers are unkind, rude, aggressive or disrespectful in any way, then they'll either be asked to leave or staff will end the call until a "more respectful interaction" is possible.

It's received backlash online, with some saying the rules make the school seem more like a "prison".

Is this an actual letter from Ballakermeen? Thank god my kids don’t go there! Is it a school, or a prison?

“Pack away and stand behind your desk in silence” WTH??#IsleOfMan pic.twitter.com/z5X1QJDNu2

Graeme Corrin took over the role of headteacher at the beginning of the school year.

He says the letter is just a chance to "reinforce" the school's high expectations:

You can read the letter in full here.