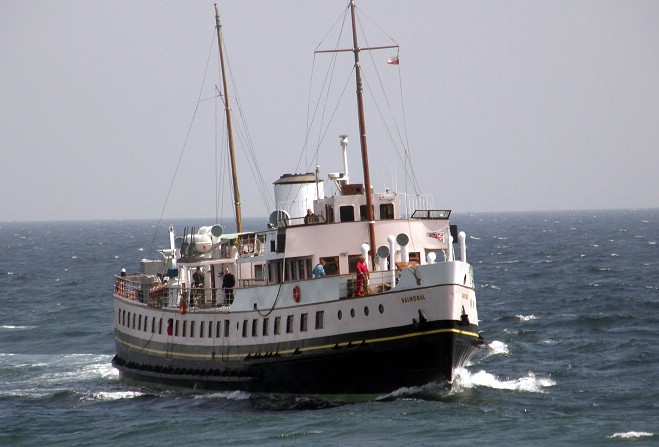 Operators of popular summer cruises to the Island have cancelled all sailings - after a ban was imposed by a UK safety authority.

White Funnel - which has operated special sailings around the Manx coast for 30 years - has been hit by a ruling from the UK Maritime and Coastguard Agency.

The company says it will refund passengers booked on Balmoral between UK ports and the Island, along with those who bought tickets for local cruises.

Balmoral's sailings from the UK to the Island are classed as international voyages.

The vessel is not certified to carry fare-paying passengers over the Irish Sea - it's understood White Funnel operated in previous years under an exemption, which has now been removed.

The UK Maritime and Coastguard Agency has banned the crossings with immediate effect, following an inspection by surveyors.

Although Balmoral can continue to ply Manx waters, she now won't bring passengers from Llandudno and Whitehaven as planned this month, nor run its popular coastal cruises here.

White Funnel's charitable arm has raised money for Balmoral's restoration and relies on its summer programme for income - the cancellation of the Manx sailings means it's now facing substantial losses.

The company says it's working to refund all affected passengers.

Balmoral was last in Manx waters on Tynwald Day, when she hosted an excursion around the Island.

On her next cruise, a civic welcome was planned in Port St Mary.

Her owning charity cannot say whether she will return.