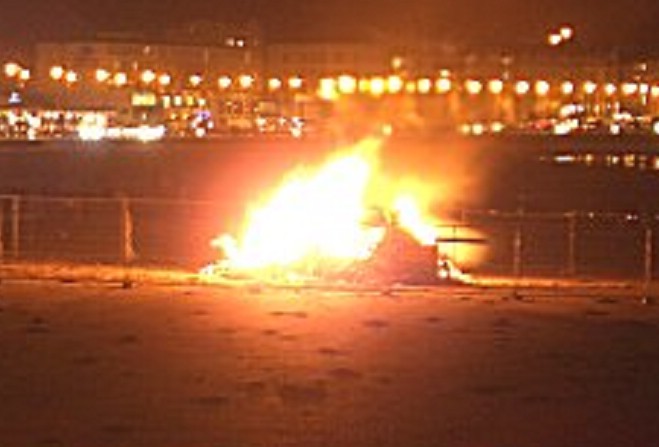 The Isle of Man Fire and Rescue Service says bonfire night was a busier period for its crews this year, compared to previous years, with nine call outs.

Port Erin crews attended four incidents within a few hours - three small grass fires caused by fireworks, and one call to a bonfire which was mistaken for a grass fire.

Douglas, Ramsey and Peel were also out dealing with calls to bonfires where members of the public had concerns.

All were found to be under control and being managed.

Douglas crews dealt with a wheelie bin fire caused by what the fire service described as the careless disposal of sparklers.

Peel's went to a grass fire, which was caused by a smouldering firework, early on Sunday morning.

The fire service says it did not receive any calls to any property damage, and were not aware of any injuries to any members of the public.
Meanwhile, the Port Erin display – postponed from Saturday because of high winds – is due to go ahead at seven thirty this evening (Monday).