Cannan to unveil his first Budget 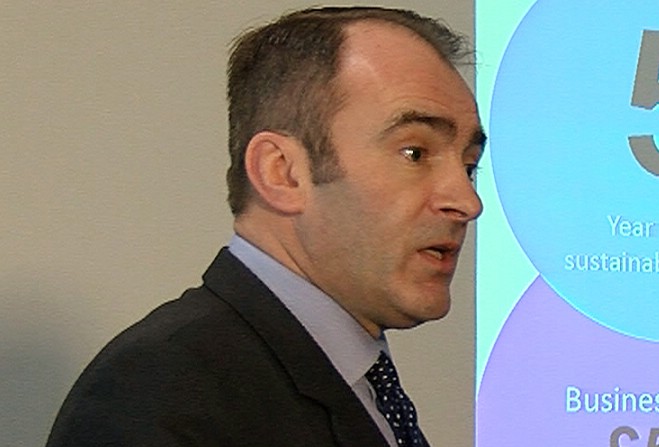 Last year, Mr Cannan criticised his predecessor's cautious approach from the backbenches. This morning, Tynwald will hear whether he has formed a new plan to keep the nation's finances on course.

This year's Budget is set against the backdrop of the recently launched five year Programme for Government, which sets out a raft of initiatives the administration holds dear, and an ongoing strategy to reduce reliance on reserves.

Tax receipts into Treasury over the past year, and the performance of government in finding efficiency savings, will determine the equation Mr Cannan must write, to match income with expenditure.

Much hope was pinned last year on economic growth to bolster spending and replace dwindling reserves, with a six year financial strategy at the heart of Eddie Teare's budget.

Speaking in the Budget debate he called for a new action plan:

Now with his hands on the purse strings, Mr Cannan can do things his way - address the shortcomings as he saw them, of the previous administration, and offer the incentives to drive innovation which he said were missing.

He's also on record as being in favour of a priority-based budget, re-vamping the way spending is allocated.

His formidable task is to nail confidence in the economy, while addressing challenges from the ageing population to the public sector pensions deficit - while preserving a competititive tax regime.

And there'll be full coverage of the Manx budget on Manx Radio AM1368 and manxradio.com from ten thirty this morning.