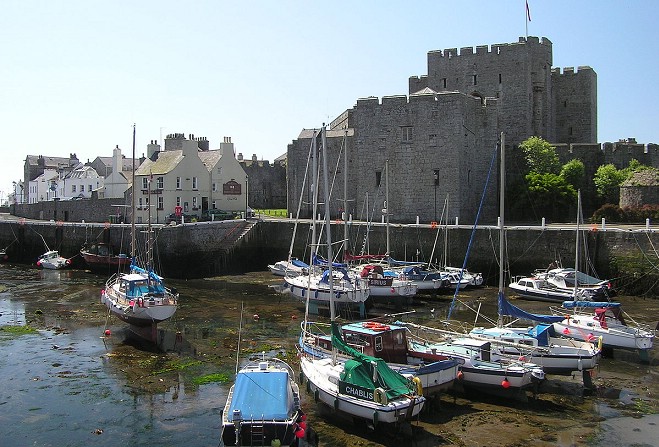 Castletown Commissioners have been left 'deeply frustrated' with planners, after a bid to build new homes in the town was rejected.

It comes after an application by Hartford Homes for 48 properties at Knock Rushen was refused last month (30 July).

It's one of six sites identified in the Castletown Housing Land Review as suitable for development to meet the ancient capital's housing need.

In 2017 developers were invited by the Cabinet Office to submit plans for sites at Great Meadow, Gardenfield, Knock Rushen and Qualtrough's Yard.

It was stressed that all applications would be 'considered on their merits in the normal way', with no guarantee of approval.

The land review was a 'partial revision' of the Area Plan for the South, the governing planning policy document which was approved in 2013.

Castletown Commissioners feel it's not clear how the two documents are 'weighted' when decisions are made by the planning committee.

It's understood Hartford Homes will appeal the decision over the Knock Rushen site.

Chairman Richard McAleer says members feel as if they're 'banging their heads against a brick wall', and are asking the Cabinet Office for clarity:

"Sites brought forward in the land review have not been given the same weight as those zoned under the area plan. It's the impression of the board that they're not being treated on their merits, but as second-rate applications".

Mr McAleer says Castletown's population has been static for decades, and roughly 500 more affordable homes are needed to attract young people to the town.

The chairman has also called on the two Arbory, Castletown and Malew MHKs - Jason Moorhouse and Graham Cregeen - to do more to support the board on this issue, describing their recent efforts as 'disappointing'.

Both members were contacted for comment to respond to this accusation, but had not offered a reply by the time of publishing.

It's understood the MHKs will meet with the board on Monday night (19 August) to discuss a way forward.