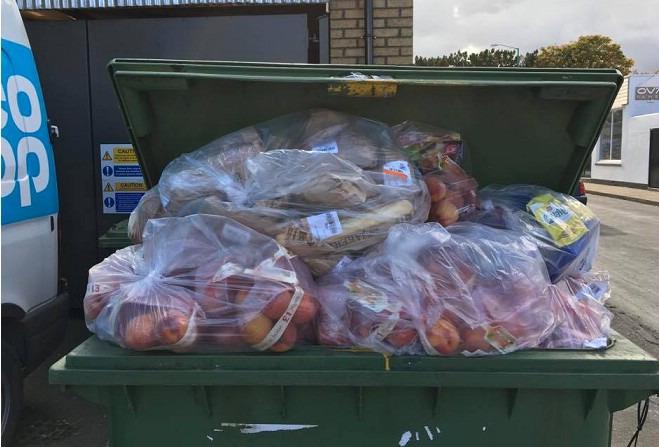 Photo by Mary Bruce, who posted this and other pics on Facebook

It looks like the Co-op in the Isle of Man will be doing something with its food waste in the future.

Photos taken of its bins overflowing with out of date produce in Ramsey earlier this week sparked outrage when posted on social media, with people calling for food to be redistributed.

It also led to a phone call to the Co-op from a director at both Housing Matters and the Food Bank, Neil Mellon.

He met with the supermarket's area manager this morning: