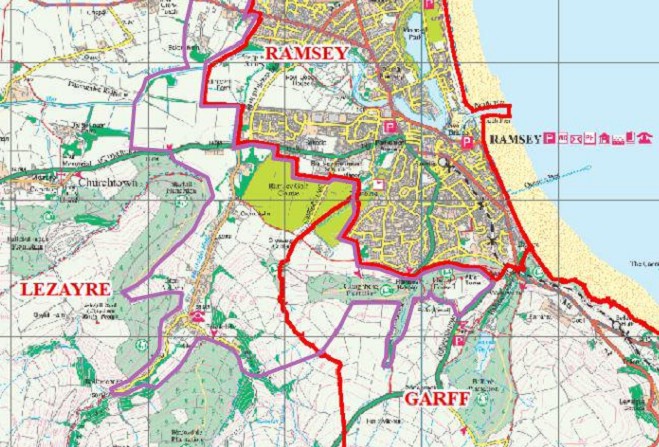 Plans that would see Ramsey's boundary extended have been described as 'strange' by a neighbouring commissioner.

Local authorities in Garff and Lezayre would be set to lose land if the proposals were approved by the Department of Infrastructure.

Marinda Fargher, who represents Garff Commissioners, says the land they would take control of is 'not suitable for development'.

She told Local Democracy Reporter Chris Cave: "It's strange that they [Ramsey Commissioners] would perceive it as land suitable for development.

"It's woodland, hill land, and wet at the bottom. It's not suitable for development; or it wouldn't be under present planning policy."

Earlier this month the chairman of Ramsey Commissioners insisted the plans meet the DOI's criteria for a first boundary extension since 1992.

Andy Cowie also said the expansion was not about generating more money from ratepayers.

"It's not a question of rates", he said, adding "the criteria for the boundary extension is more based on community and the situation within the town itself and the fact that we've used up all our development land."

The local authority in Lezayre has already said it will be opposing the plans and those in Garff say they'll defend residents from the rising rates they would be paying if incorporated into Ramsey.

Ms Fargher continued: "The truth of the matter is that we've had no discussion with them [Ramsey Commissioners] about it at all.

"It would be quite useful to sit down with them and find out why they want it."

Listen to Ms Fargher's interview below: