Coroner of Inquests to submit report to Health Minister 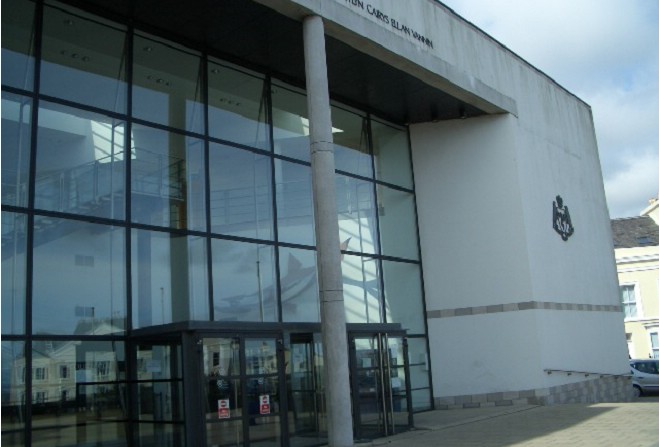 The Coroner of Inquests will submit a report to the Island's Health Minister after concerns were raised over waiting times for drug and alcohol support.

John Needham's comments came while he delivered the verdict at a hearing into the death of 23-year-old Alexander Robert Brown, who died in May this year.

The Port Erin man had sought help to tackle his heroin dependency prior to his death, and was due to meet with the Drug and Alcohol Team the day after he died.

Alexander Brown, or Alex as he was known to his friends and family, was found dead in his bedroom at his family home on Bradda Road in Port Erin on May 23rd.

Mr Needham read statements from Mr Brown's family and the police officers who were called to the scene. They described seeing him lying in the foetal position on top of a loop belt with a syringe nearby. This was at around 6.30pm - medical examiners believe he died in the early hours of the morning.

Toxicology tests showed he had a number of opiate substances in his blood at the time of his death including morphine, codeine and diazepam. The level was at the lower end associated with a fatal heroin dose, but evidence from his key worker at Motiv8 revealed how often he used the drug varied up the run up to his death, which can affect tolerance.

A member of the Isle of Man Constabulary's Pro-Active Unit also spoke about the strength of the heroin found in Mr Brown's bedroom. The heroin he used immediately prior to his death was almost 33% pure, whereas the average street quality at that time was thought to be around 21%.

According to his family, Mr Brown had been in good spirits the day before his death and was looking forward to meeting with the Drug and Alcohol Team the following day, hoping they'd be able to prescribe him with an opiate replacement drug.

Dr Kirsten Wafer - a consultant psychiatrist for the Drug and Alcohol Team - gave evidence in person this morning and also took questions from Mr Brown's family.

This was Mr Brown's second referral to the service, having previously dealt with the Team in 2016. However he found appointments difficult to attend because of the open plan waiting room and because he lived close to the Bradda Resource Centre where his appointments were due to take place, so he was concerned someone he knew might have seen him there, and because he didn't attend he was discharged.

Motiv8 referred him back to the team in April, but he had to wait four weeks for the appointment. Mr Brown's dad quoted waiting times across, believing his son would have been seen within a couple of days if he lived in the UK and prescribed opiate replacement drugs immediately.

Dr Wafer admitted resources are limited which makes it difficult to see patients sooner. The team has recently lost two key workers and is seeing an increased demand for appointments.

She also spoke about the difficulty in prescribing medications to drug users. Only doctors working at the Drug and Alcohol Team can prescribe opiate replacement medication to Manx patients, but Dr Wafer would like see GPs trained to take on stable drug users, freeing up some of the demand on the DAT.

After hearing the concerns of Mr Brown's family and the testimony of Dr Wafer, Mr Needham confirmed he will be making a recommendation to Health Minister David Ashford in relation to waiting times for the Drug and Alcohol Team.

He believes someone with Mr Brown's circumstances shouldn't have to wait four weeks to see the Team, and will be asking the Minister to review the service.

The Drug and Alcohol Team and Motiv8 are currently six months into a two-year review, but Mr Needham is urging the Minister not to wait until this is done to make changes, calling for action to be taken sooner rather than later.

Mr Needham concluded by stating anyone who uses intravenous drugs will always face a risk of fatality, and that seeing the Drug and Alcohol Team sooner wouldn't have necessarily led to a different outcome in this case. He listed the cause of death as postural asphyxia and toxicity as a result of intravenous heroin use. He also extended his condolences to Mr Brown's family, who were in attendance.