On Air Saturday Breakfast Club George Ferguson | 6:00am - 8:30am
Mike And The Mechanics - Over My Shoulder Download 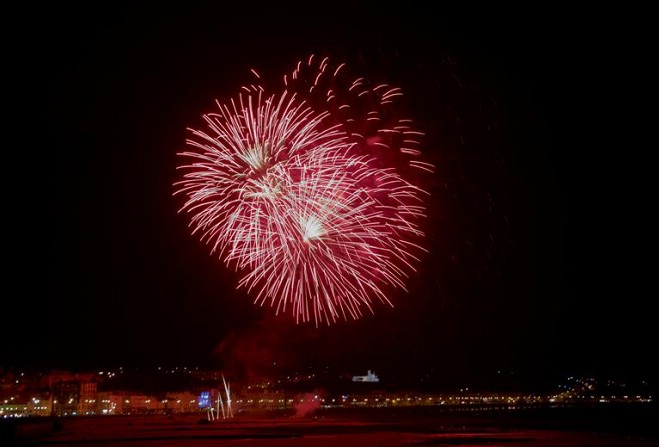 Douglas Corporation has been fined £250 for playing music without a licence during its fireworks display.

The Corporation admitted the offence but advocate, Jeremy Callin,  argued it was a 'technical matter' and that synchronised music was part of the display last November.

He said it would have been impossible to apply for a new licence as the event was postponed 24 hours from its original date on Saturday, November 5 due to a technical fault.

In a statement, the Corporation says it took the earliest opportunity to enter a guilty plea in relation to the charge of holding the delayed fireworks display on the 6th November without an occasional music licence.

Executive Committee Vice-Chair of Douglas Corporation, Councillor Richie McNicoll, says they were highly unusual and unforeseen circumstances and it is regrettable that case was brought to court.

In a statement, the Corporation says as in all previous years the police were kept fully informed of provisions made for the scheduled date of the display and also its decision to re-schedule the event for the 6th November (Sunday)

Executive director of event sponsors Celton Manx, Bill Mummery, says they fully supported the Council in its decision to acknowledge its responsibility to the community and reschedule the event, which attracts around 6,000 spectators each year .  . . and he shares the Council's disappointment that this case has led to a summons being issued - an action which he believes serves no public interest.