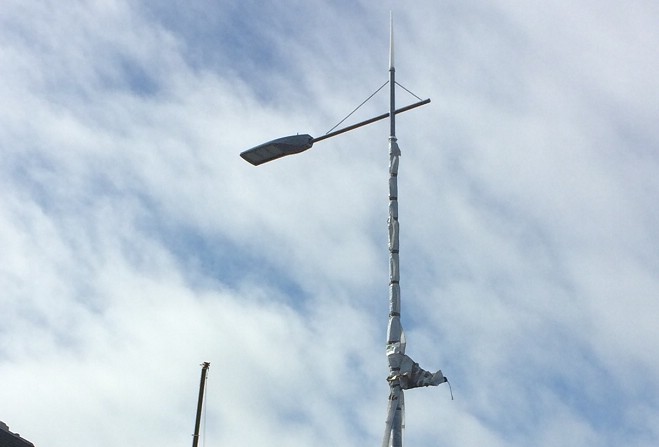 The leader of Douglas Borough Council has questioned the timing of a petition criticising the removal of festoon lighting along the town’s promenade.

It’s as more than a thousand people have backed the Save Douglas’ Lights campaign, calling for the 1940s fairy lights to be re-installed.

Councillors unanimously voted to fit a new £830,000 LED system to go with wider refurbishment of the area, claiming it would improve the promenade and save ratepayers’ money.

David Christian says information about the new lights has been in the public domain for more than three years and there has been no strong opposition to the decision until now.

Save Douglas’ Lights founder Adam Kaye has accused the council of ‘vandalising’ Douglas promenade by removing the Victorian-era lights, before adding the behaviour of Mr Christian over the issue had been “dictatorial”.

Those comments were dismissed by Mr Christian, however, who hit back at what he described as ‘nonsense from keyboard warriors’.

“If it was something where we were still in the planning stage, if we were still talking to the suppliers about these lights and there was a groundswell of opinion that people felt [the festoon lights] should be kept, then we’d have a chance to revisit [the issue]”, the council leader said.

He continued: “That date has well and truly gone.”