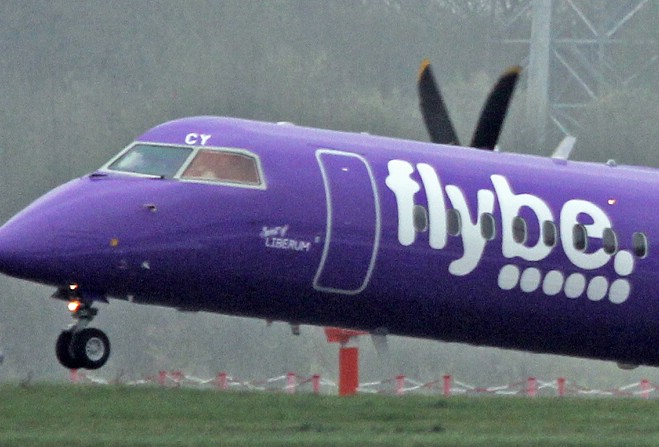 Plane forced to turn back soon after takeoff

A couple have spoken to Manx Radio about their experience on yesterday's Flybe flight from Manchester, which was forced to turn back soon after takeoff.

Lisa Angwin and her partner, Mikey Roberts, told Ed Oldham it quickly became apparent something was not right:

Flybe has issued a statement about the incident, which says:

"Flybe can confirm that the above flight landed safely at Manchester Airport yesterday afternoon having returned from airborne following a technical fault with one of the engines shortly after take-off.

"The captain immediately and efficiently implemented the required precautionary procedures necessary to ensure the continued safe operation of the aircraft and the flight landed safely without further incident.

"All 38 passengers disembarked as normal when the aircraft arrived on stand and were re-accommodated on the next available flight.

"The safety of its passengers and crew is the airline’s number one priority and Flybe apologises for any distress experienced.

"The Bombardier Q400 aircraft is designed to continue flying safely with one of its engines shut down.

"As with any airline, all flight deck and cabin crew are highly trained professionals and as such are fully prepared for all possible incidents which may arise.

"These necessary procedures and regulatory requirements  are reinforced on a regular basis with the safety and welfare of passengers being a number one priority."