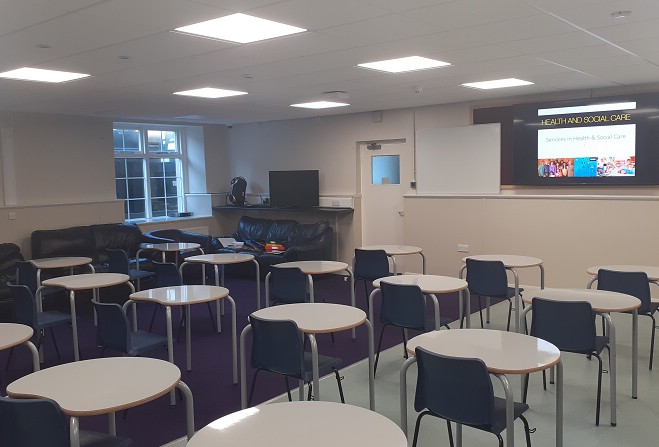 Health and Social Care lessons being held at youth centre

Some students in the south of the Island are being forced to have their lessons away from the main school building.

Government has told Manx Radio it's due to the 'increasing number of pupils' who are enrolled at Castle Rushen High School.

Sixth form pupils – and a small number of Year 11s – who are studying Health and Social Care are being taught the subject at Castletown Youth Centre.

The first floor of the building – which is owned by the Department of Education, Sport and Culture – has been adapted as a 'dedicated learning space'.

No one else will be using the centre during lessons.

Government says the head teacher wrote to Year 11 parents before the start of the school year, on 8 August, to explain why the decision had been taken and to give details of how students would move between sites.

The DESC adds that it's carrying out a 'strategic assessment' of predicted student numbers in the south given the 'significant recent housing developments'.

The outcome of the assessment will be incorporated in to requirements for the new school.