Cruise passengers still not allowed to enter Isle of Man 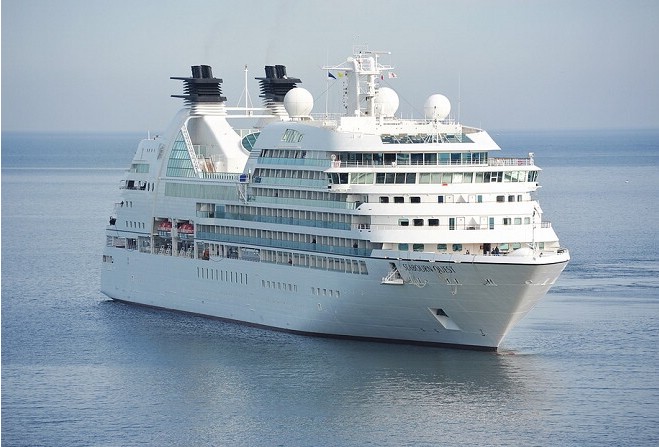 Tours Isle of Man had planned for visitors throughout summer

Government says allowing cruise passengers onto Manx shores this summer has always been under review.

However, a coach company says it had been expecting visitors from the end of July.

Passengers who arrive on cruise ships are currently not allowed onto the Isle of Man, whether or not they have been vaccinated.

The Council of Ministers will be looking at the situation again in late August.

Managing director of Tours Isle of Man David Midghall says they had anticipated cruiseliners arriving, and had been relying heavily on that trade:

The full statement from the Department for Enterprise reads:

"A cruise ship did visit the Isle of Man over the weekend as part of an itinerary which included a scenic view of the Isle of Man. Visit Isle of Man’s cruise consultants, Glenleven Cruise Consultants, have been actively communicating with cruise lines throughout the pandemic and we look forward to welcoming cruise passengers to the Island in the future.

"The Council of Ministers recently considered the position on cruises in relation to the Island’s border policy, and the position remains as it has done throughout the pandemic, with cruise passengers unable to enter the Isle of Man. Council made a commitment to reviewing the position in late August.

"All cruises that had made provisional enquiries about entering the Isle of Man as part of an itinerary were contacted in writing to relay the situation and clarify the inability to dock until the border position is further relaxed.

"Any passenger that wishes to enter the Isle of Man, even fully vaccinated, is required to complete an online exemption application form."