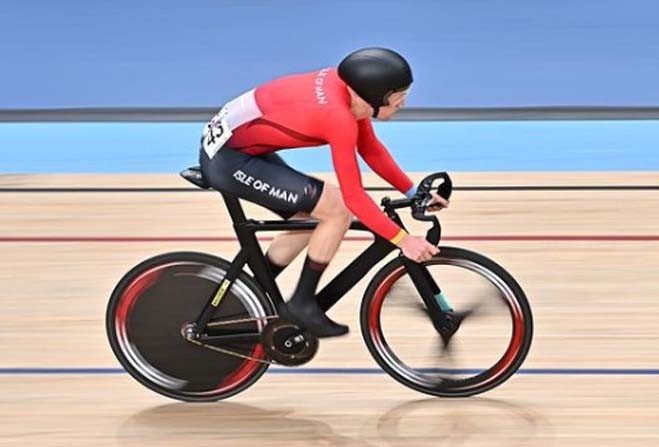 He was taken to hospital following the collision, involving several riders and spectators, during the 15km Scratch Race qualifying round.

The rider was treated at Royal London hospital and had a CT scan.

The scans came back showing no serious damage, however he is currently being monitored for concussion.

He's since been discharged.

Team IOM's cycling coach, Andy Roche, says “It’s one of the biggest crashes I’ve ever seen. I’ve certainly not seen a rider go into the spectators.

“There was a realistic chance over yesterday and today for medal potential. You should never say it but we think we could have been on for gold medal yesterday.

“Matt in particular is absolutely gutted that that (the crash) has happened really.

“These things happen, it’s part of the sport unfortunatley. The Commonwealth Games only come around every four years so that’s his track programme out the window.

“But, you’ve just got to move on to the next one”, he added.

Bostock has withdrawan from today's (Monday) 40km Point Race, but is hoping to be back in action for Sunday's Road Race.

Roche has been speaking to Elliot Turnbull: