On Air Early Breakfast Paul Moran | 5:00am - 7:30am
Barry White - You're The First, The Last, My Everything Download 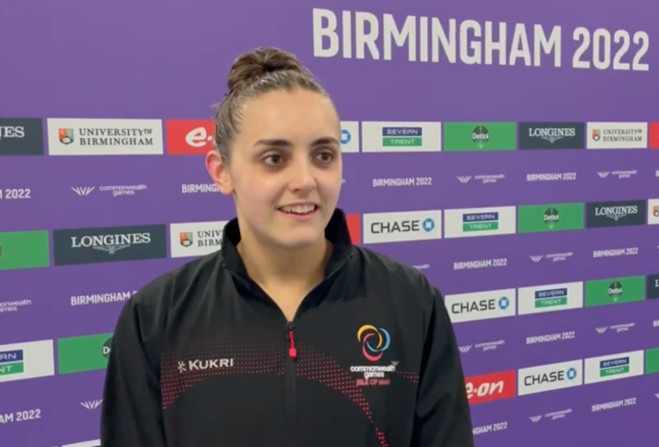 Manx swimmer Laura Kinley has qualified for the semi-finals of the Women's 100m Breaststroke at the 2022 Commonwealth Games.

Tonight, Laura will be swimming in lane one of the second semi-final at 9.10pm.

This will be Laura's second semi-final of the week after contesting the 50m Breaststroke on Friday.

Also in action at the Sandwell Aquatics Centre this morning were Peter Allen and Kiera Prentice.

Peter swam the Men's 100m Butterfly in 56.80 seconds, finishing 27th in a field of 48 international athletes.

Peter told Manx Radio the games have been a learning curve:

Tonight, as well as Laura Kinley's semi-final, the Men's 4 x 200m relay team will swim in the final of that event.