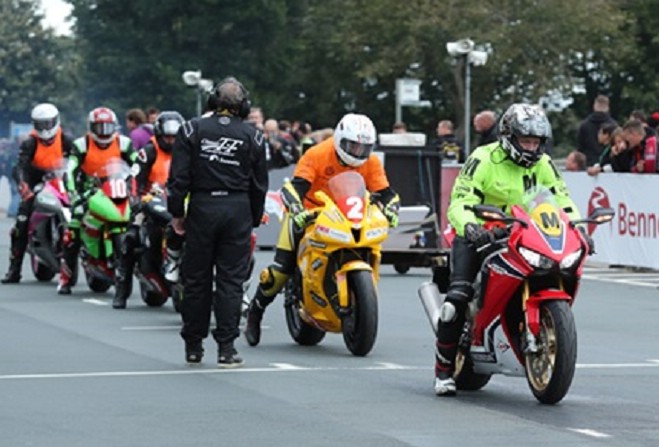 Thirty eight newcomers made it out last night (Sat) in the first practice session in this year's festival of motorcycling.

There was an hour's delay to the scheduled 5.20pm start due to parked cars on the course.

Santon based Michael Evans topped the MGP qualifying board on his Senior Martin Bullock Motorsport Suzuki with 114.518 mph, while Brendan Fargher clocked 114.236, Tom Robinson 113.988 and Glenn Harrison 113.828 on their 600 machines.

In the Lightweight class Douglas rider Jamie Williams posted the fastest on the night with a speed of 110.683mph.

Austrian Horst Saiger topped the times in the Classic TT, lapping at 117.18mph on his Greenall Kawasaki.

All were reported to be OK although Williams and McConnachy were both taken by ambulance to Nobles for check ups.

The next practice session is scheduled for tomorrow evening (Mon) with the MGP Senior and Junior machines away at 6.20pm then the Lightweight bikes scheduled to be on track from 7.10pm . . and the newcomers’ session shortly before 7.50pm.