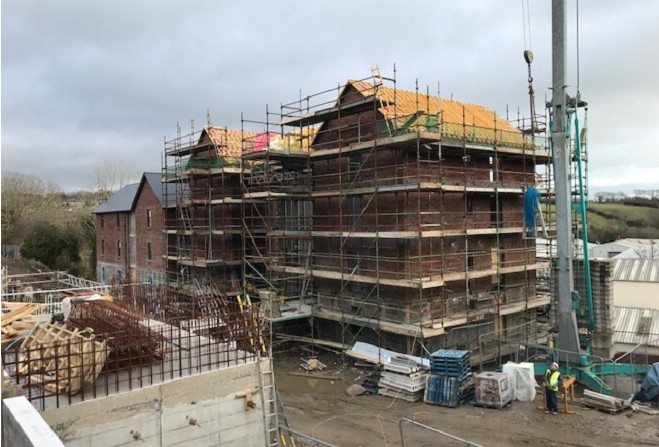 Braddan Commissioners have expressed frustration over 'fundamental design flaws' which have delayed progress of a £4.5 million housing project in Union Mills.

A complex with 30 apartments, known as Mullen Doway, is being constructed by Cedar at the former Snugborough Farm Site to provide homes for public housing tenants.

The local authority-funded project is now running 20-30 weeks behind schedule after design errors over drainage were identified, and drained the contingency funds set asides for the project.

Mullen Doway was expected to be completed in September, but delays have now called this date into question.

Once completed, the complex will provide 24 one-bed, and six two-bed apartments with modern insulation and energy efficient heating, not powered by oil or gas.

It's being built to house the former and remaining tenants of Cronkbourne Village; a collection of 38 Victorian worker's cottages which were sold by Braddan Commissioners last year as they were too costly to refurbish.

The new apartments will also be available to those on the eastern housing waiting list.