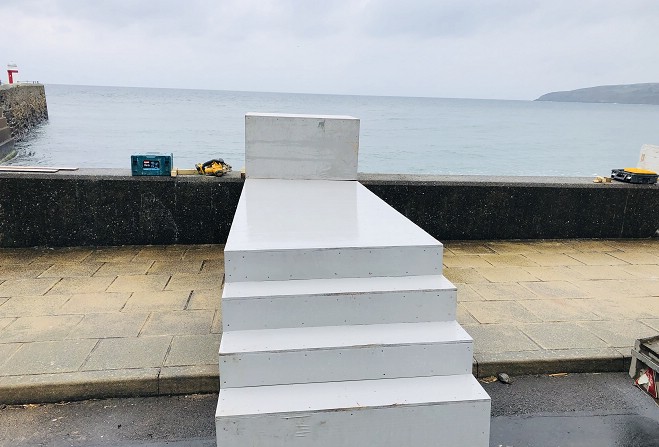 A mock-up sea wall has been erected on Laxey Promenade by the government, to demonstrate what future defences could look like.

The Department of Infrastructure placed it at the harbour end of the current wall, showing villagers the scale of what's been proposed. 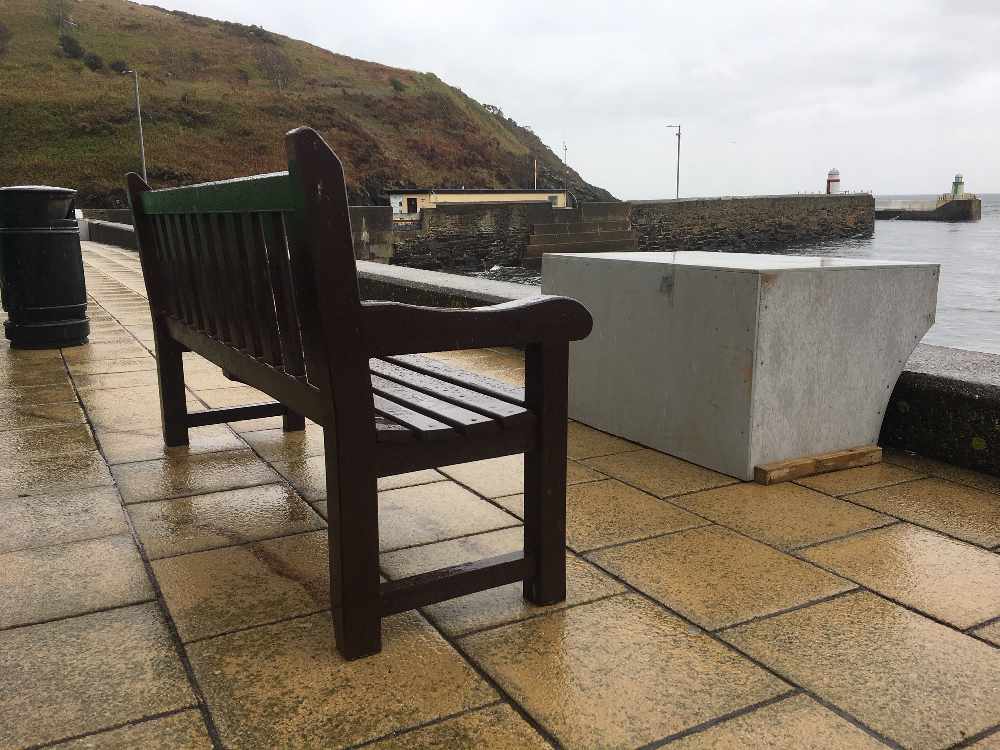 It's part of a greater scheme designed to protect Laxey against rising sea levels, but many have complained of a lack of detail surrounding the project.

The defences include floodgates, a harbour wall, and the promenade wall, which will be 650 millimetres high from walkway level, running 140 metres down the seafront. 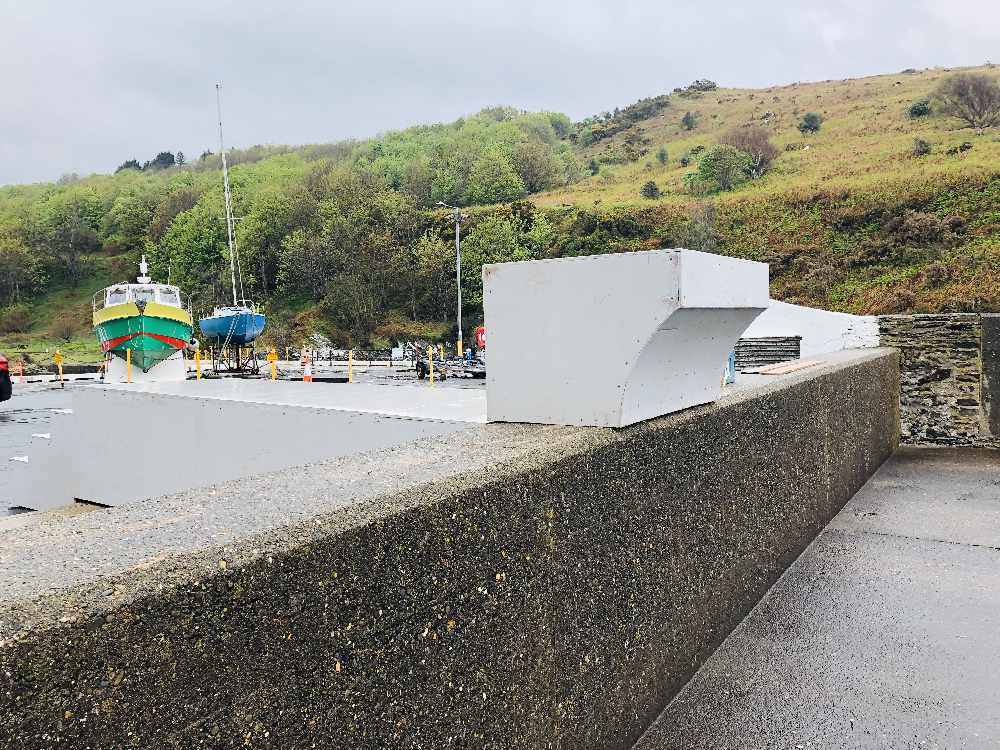 The department withdrew its planning application for the project on Monday this week, with the intention of resubmitting it along with environmental impact and flood risk assessments.

It's the second time the DoI has had to provide further information for planners on a sea wall scheme, after a similar experience was had over defences in Douglas.

Garff Commissioners initially voted to support the sea defence scheme, which is estimated to cost between one and two million pounds, but have asked that a number of conditions be met.

They include disabled access to the raised walkway, no loss of parking, and ensuring the 'aesthetics' of the wall remain.

It's uncertain whether these conditions will be included by the department, but officers met the local authority last night to discuss revised proposals.

Local Democracy Reporter Ewan Gawne spoke to Dalia Everden, manager at the Laxey Beach Cafe, but first he joined the chair of Garff Commissioners Marinda Faragher next to the model wall: