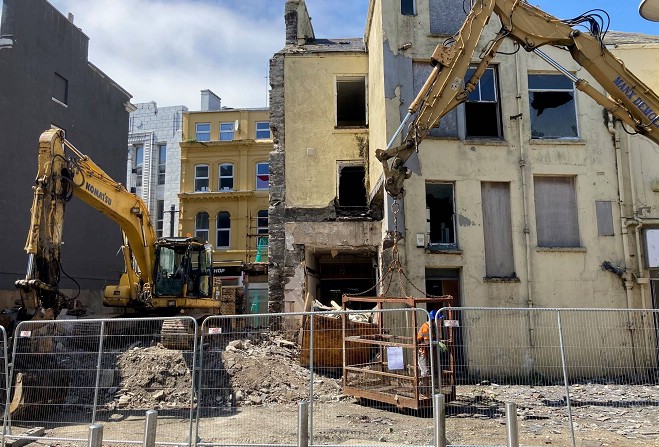 View of demolition from Villiers Square, to the rear of 40-52 Duke St.

'Largest building for the area' in the works according to planners

Demolition is underway at the site of the former KFC in Douglas, to make way for a new six-storey apartment block.

Duke Street Commercial, the firm behind the plans for Douglas town centre, says the development will be a 'landmark building' for the Island's capital.

It's building a 'mixed-use unit' with a roof garden, which includes retail, office and residential space, as well as a basement car park with bike storage.

The facade will be light grey with an aluminium cladding and feature large glazed windows. 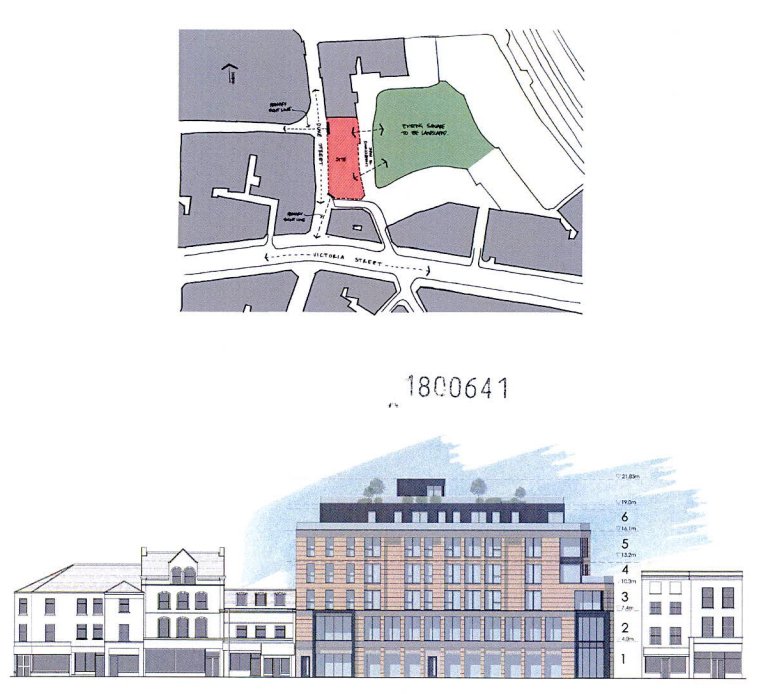 According to a planning inspector's report, the building, which once housed a butchers,  a car retailer,  a sandwhich shop and a fast food restaurant, has deteriorated to 'an unacceptable level'.

Plans for the development on 42-50 Duke Street were appealed against by the Tevir Group.

The Douglas-based property developer was concerned the new flats would overshadow Villiers Square, a site which it acquired two years ago.

The appeal was dismissed, however, and planning consent was granted for the Duke Street build last year.

Pedestrian access has now been restricted to one-way from Victoria Street, with signs reminding people to keep two metres apart when using the bypass. 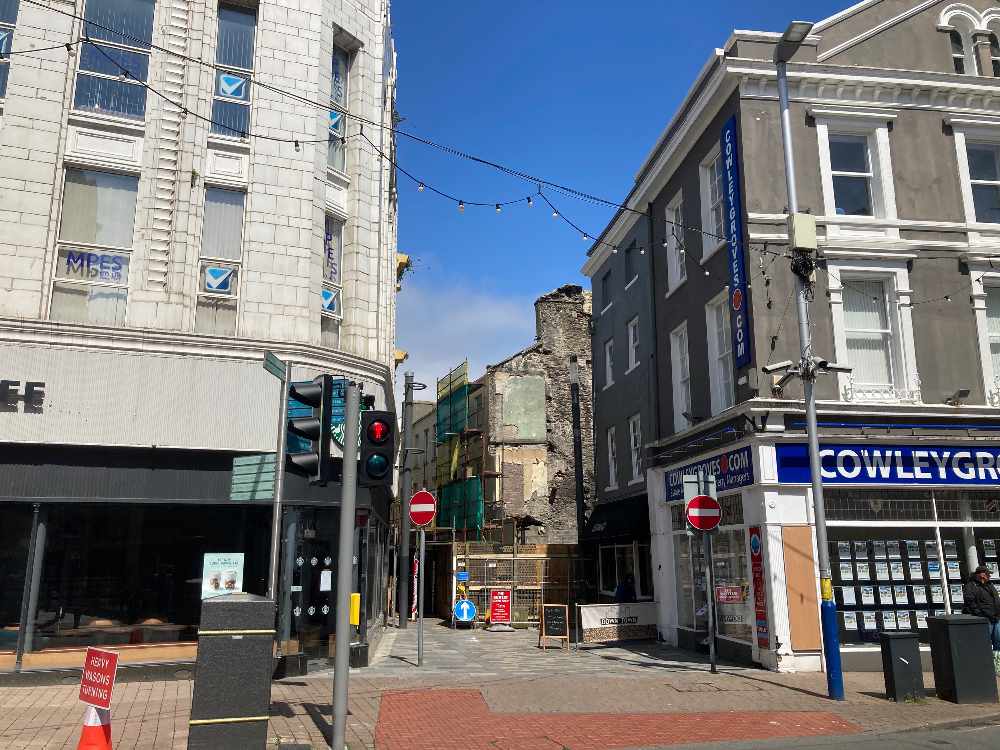