Determined 'Inky' will be sadly missed 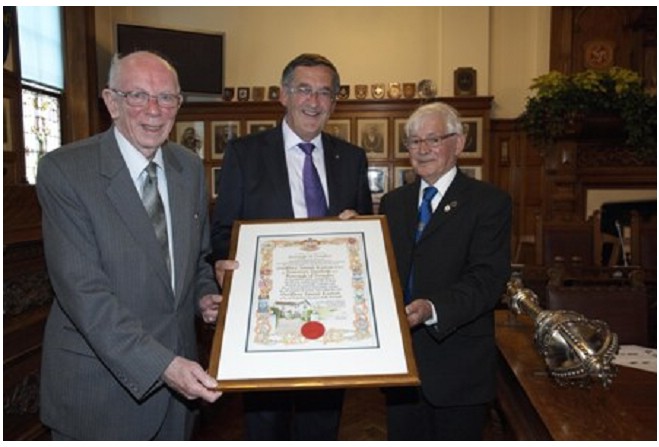 Tributes have been paid to 'council stalwart' Inkerman Faragher, who has passed away at the age of 96.

'Inky' as he is known, had a long career in local government which spanned almost 40 years having begun his tenure with Douglas Council in 1966.

He served as both a town councillor, and as mayor, and is believed to have stood in more elections than any other politician.

David Christian, who served in council alongside Mr Faragher in the 80s, called him 'Mr Douglas.'

'A lot of people had a lot of respect for Inky' he said, 'he believed strongly in the town.'

The leader of Douglas council remembers when Mr Faragher was 'vehemently against' the change of ownership of the Villa Marina, when it changed hands to government.

'He said they'd bring the ballroom dancing to an end! Because of course, he was Mr Light Fantastic who loved nothing more than on a Friday to be up at the Villa and be throwing one or two of the ladies around the dance floor.'

'He is somebody that is going to be sadly missed.

'Our condolences truly go out to all his family.'

Mr Faragher was said to have passed away peacefully in his sleep, not long after his 96th birthday.