On Air The Morning Show Marc Tyley | 9:30am - Noon
Paolo Nutini - Through The Echoes Download 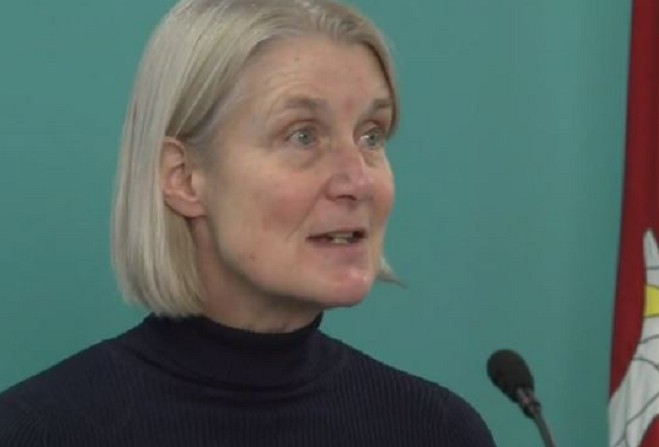 The Isle of Man's director of Public Health has admitted blocking the former medical director's number from her personal phone.

She said she took the action to block Dr Ranson's number after receiving a late-night text message, at 9:49pm, on 5 September 2020.

In the message Dr Ranson asked for information regarding a 'pathway' for a case of Covid-19 on the Island.

Dr Ewart told the tribunal she didn't recognise the number replying: 'No idea who you are, or what you're talking about' - and blocked the number after Dr Ranson identified herself.

The text message evidence wasn't included as part of the pre-tribunal bundles and so, after obtaining permission, proceedings were adjourned for Dr Ewart to collect her phone.

Dr Ranson's lawyer, Oliver Segal QC, said the situation had once again put them in an 'extraordinary position' but admitted he 'couldn't see an alternative'.

It follows a delay to proceedings earlier this week after the Department of Health and Social Care disclosed more documents overnight - which Mr Segal said could have been an 'ambush'.

She was asked if she'd shown 'not much good will' towards Dr Ranson from the very start of her position on the Isle of Man - a statement Dr Ewart said was 'completely untrue'.

She did, however, confirm she'd expressed concern to the General Medical Council about Dr Ranson.

She was asked about the decision not to transfer Dr Ranson to Manx Care as medical director.

Mrs Cope said the fact Ms Magson had placed Dr Ranson on performance management did raise concerns about what Manx Care would be inheriting, should she be moved across.

However after working with her for several weeks in early 2021 Mrs Cope said she'd developed a 'respect' for Dr Ranson.

Questions were also asked about the Clinical Advisory Group and how Dr Ranson, though key in setting it up, was removed as chair.

Mr Segal QC described the move as 'a slap in the face'.

Mrs Cope said the chairman of the CAG didn't necessarily need to be clinical but conceded she couldn't comment on whether the group's function was better or worse before or after the move.