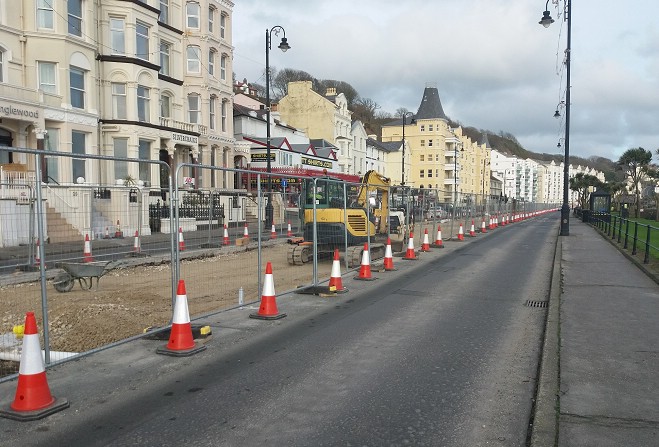 The Department of Infrastructure is being accused of hiding the true budget of the works on Douglas promenade and undermining Tynwald.

A committee looking into the scheme says it's reached an impasse in its scrutiny of the project.

The Environment and Infrastructure Policy Review Committee has submitted its final report on the promenade works to Tynwald.

It says the scheme has no definitive budget, and questions whether separating part of the horse tram work from the overall project hides the full cost.

The report is critical of the decision to delay a vote on funding the single tram track to the Sea Terminal until November, saying it's unacceptable to wait until after this year's General Election, as this undermines the supremacy of Tynwald Court.

The committee goes on to state businesses face the very real risk of closure because of the length of time the works have taken, and expresses its disappointment that work couldn't continue during the most recent lockdown.

The delayed work to the road is currently expected to finish in August, with further work to complete the horse tram tracks to follow at a later date.