On Air Alex in The Afternoon Alex Brindley | 3:00pm - 5:30pm
One Direction - What Makes You Beautiful Download 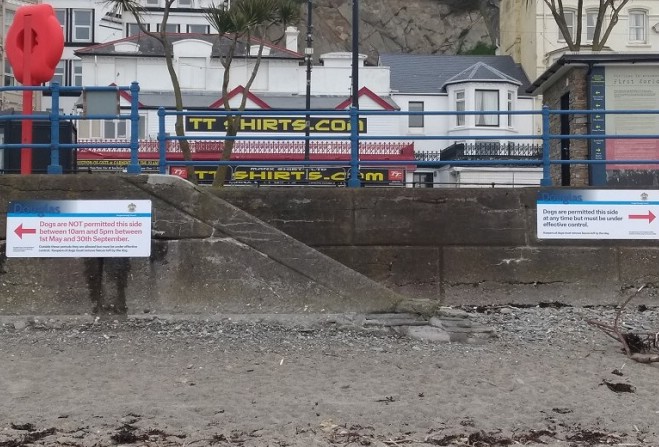 Restrictions in place until end of September

Douglas Council has placed new signs on the capital's beach, to make it clear where dog owners can and can't exercise their pets.

Two boards placed at the steps leading on to the shore by the Queen's hotel define which parts of the beach can be used.

Owners are permitted to exercise their dogs on the northern section up towards Derby Castle, as long as the pets are under control , and any mess is removed.

The southern end, from the Queen's hotel down to the Bottleneck car park, is out of bounds to pets between the hours of 10am to 5pm this summer, until the end of September.

The constraints were enshrined in law after the Council updated its Dog Control byelaws in 2015.