Douglas sea wall to be built 'straight away' 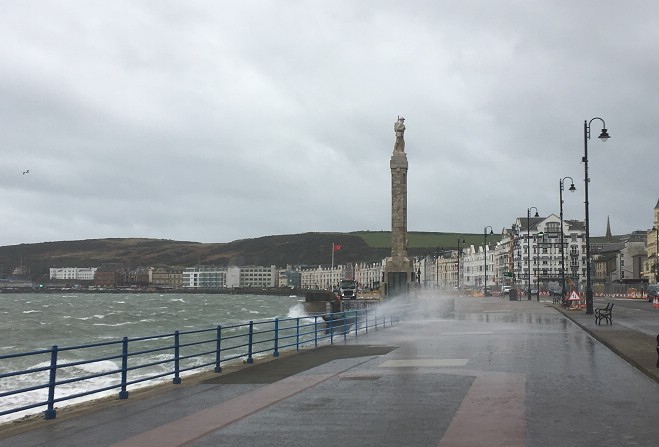 A new sea wall, which will span half a kilometre along Douglas promenade, has been approved by planners.

Construction will begin straight away, according to the Department of Infrastructure, to build a 1.2 metre wall of white concrete on top of a section on the existing walkway.

The project will run for 500m along the seafront from the Gaiety Theatre to the Empress Hotel.

Last year the application was refused, with planners concerned the visual impact would create the impression of a ‘prom fortress'.

In an appeal, however, the DoI argued the benefit of reducing the flood risk from coastal overtopping outweighs the effect the wall will have on the seaview.

The planning inspector is now satisfied the new defences will protect the 'public enjoyment' of the walkway.

Douglas Council had no objection, but wanted the proposal to extend to the full length of the promenade.

Storm Emma, which struck the Island in 2018, caused £40,000 worth of damage along the capital's seafront.

The weather event was cited by the DoI in a separate application for improved sea defences along the Loch Promenade walkway.

The scheme, which is estimated to cost £500,000, was rejected in October last year on the grounds of aesthetic impact.