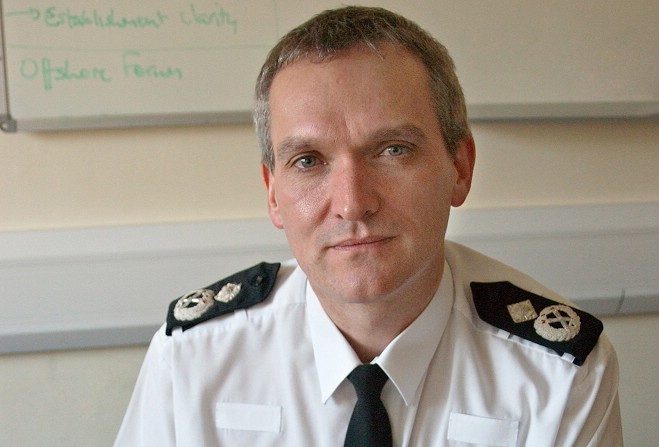 The findings of the Chief Constable's Annual Report, which has been published today.

"The Constabulary has seized more controlled drugs than ever before"

In his annual analysis, Chief Constable Gary Roberts says there are three dominant 'themes' facing the police, which overlap.

These are, "the trade in controlled drugs, increasing violence and the challenges in our community caused by mental health problems."

Mr Roberts says the constabulary has seized more controlled drugs than ever before, and he attributes this to working more collaboratively with authorities in the UK.

Crime rises in most areas of Island

The report notes that, "In 2015-16 drugs offences accounted for just 13% of all recorded crime, whereas last year they comprised 18% of all offences."

Mr Roberts describes this rise as, "a significant shift in a short period of time."

He adds that crime rose in all areas of the Island, bar the west, and a focus going forward will be on people aged betwen 18-25.

On violence, he notes a crossover between drug importation and debt, leading to associated violent crimes.

Mental health, though, is painted as the fastest-growing concern police are facing.

Whilst cited as complex, Mr Roberts says they are using the year's data to build a strong case to keep the mental health nurses working with them at police headquarters.

Two professionals were appointed last year as a trial, which the force says has been successful.

Regarding the funding, Mr Roberts says: "A series of business cases had been submitted to seek extra funding for roads policing officers, more officers to combat drug trafficking, extra detectives to deal with sexual abuse cases, more officers for specialist neighbourhood policing, extra funding for training and development, and more money for the fight against financial crime, notably for the purchase of a new IT system."

You can read the report in full here: