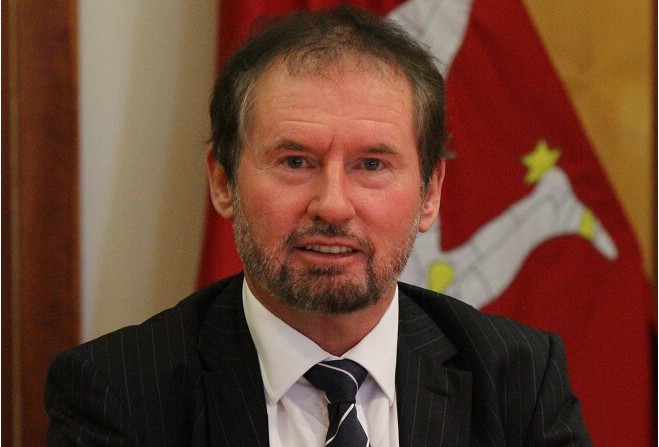 NGO input to be embraced

The environment minister has welcomed the formation of a group aiming to lobby government in its bid to mitigate climate change.

Geoffrey Boot MHK hopes to meet the newly created Climate Change Coalition and discuss the future direction and 'legacy issues' of the Island.

The coalition, formed of political, green and humanitarian groups, merged earlier this month for a shared concern of what they said was a 'lack of urgency' in government.

Mr Boot who faced criticism for his comments on climate change, says he wants to be more transparent with his department's work.

In a meeting earlier this month with a sub-section within DEFA, he tasked Ecosytems and Future Energies to "think boldly and go where no man has gone before" following renewed UN recommendations on the issue.

When asked if the assistance of an NGO could help the Island meet targets laid out by the Intergovernmental Panel on Climate Change, Mr Boot says he is hopeful of reaching them but admitted the reality of achieving them "remains to be seen".

The Climate Change Coalition is aiming to have interim targets for emissions reduction in place, to make the Island's progress in this area "more tangible", something the environment minister is happy to discuss.

"We've had it in mind to do it for some time now. The problem is, we have a five year strategy which we are working through at the moment. Our CO2 emissions are monitored on a two year basis. We can put targets in, but they have got to be realistic because we've got to be able to live our lives.

"We could say 'people could only drive their cars two days a week' or 'you can't have electricity for three days a week', then we could probably go some way towards meeting an ambitious interim target."

Mr Boot said he would be interested in meeting with the Climate Change Coalition, listen to members' ideas and see what they think the Island's goals should be.

"The IPCC 'goalposts' have thrown a whole new equation at us in terms of targets so we've got to reassess.'

A CoMin sub-committee on Environment and Infrastructure policy has asked DEFA to report to it in January 2019 with renewed plans and initiatives to help tackle the challenge of a changing climate.

Mr Boot says any input from the coalition could feed in to that process.