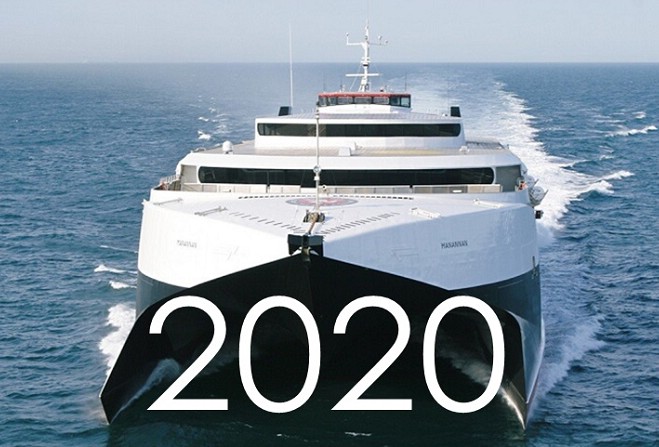 Tynwald will next week be asked to consider the future of the Island’s sea services, ahead of a decision which could turn tides for the next 25 years.

The Department of Infrastructure is seeking members’ approval on an overarching policy document – the Strategic Sea Services Policy.

They’ll also be asked to receive two additional reports by off-Island consultants, commissioned over the summer, that explore how ferry routes might be traversed effectively and efficiently for the decades ahead.

Back in June, government teased a Strategic Sea Services Policy.

That follows on from a wide-ranging public consultation carried out last year, which garnered the public’s views on the current ferry offering – as well as feedback on how it might be improved.

Eight core principles were set out on how ferries should be run beyond 2020; concerning price, efficiency, choice of routes and timetables, service levels, passenger comfort and the Island’s reputation.

Who’s behind the consultancy reports?

Its strategists have previously worked alongside the UK government and European Commission, on matters as diverse as Brexit and international airport expansion.

Their report is purveyed as a full economic assessment of the Steam Packet’s current operational practices, with a raft of recommendations for 2020 and beyond.

The second document, a ‘strategic options review’ from City financial firm Park Partners, is a weighted rundown of the various policy directions available to the current administration.

Both will be put before Tynwald when the court sits next Tuesday, 13 December.

Why is it being debated now?

The Linkspan User Agreement, which grants the Isle of Man Steam Packet exclusive use of the state-owned King Edward Pier in Douglas, expires in 2020.

That means in four years time, the options are effectively thrown open. The Department of Infrastructure has several choices:

·        Run a competitive tender process to find the Island’s next sea services provider(s);

·        If a provider can’t be found, government purchases assets itself;

·        The ‘wildcard’ option: extend the Linkspan by six years, on agreement between both public and private sector.

The DoI is keen to implement a cohesive plan well ahead of time.

It believes a level of government intervention in the ferry market is necessary to secure the ‘social and economic wellbeing of the Isle of Man’.

Minister Ray Harmer has said certainty over the future is ‘absolutely essential’ to freight operators, businesses, consumers and passengers alike.

What are the reports’ findings?

Oxera recommends port expansion on both sides - here in Douglas to allow for larger vessels all year round, as well as investment in at least one key UK port. This, in their view, would boost the Island’s reputation as a business, leisure and tourism hub in years to come.

The think tank points out that Steam Packet services are ‘characterised by excess capacity’ outside peak periods such as TT, the Festival of Motorcycling and the summer season. It recommends that the balance and profitability of underused routes be explored in greater detail.

Government has previously said it hopes to secure services as far ahead as 2040. This, says Oxera, is too long to maintain a dynamic and adaptable agreement in a changing market.

It does recommend that any future provider agrees to a universal minimum level of service to ensure that the aforementioned eight principles are upheld.

There are also stark warnings about the potential amount of debt that an extension to Linkspan could unload onto the Steam Packet.

What progress has been made so far?

Shortly afterward, the Steam Packet set out its own stall with a £170 million offer to the public – promising brand new vessels, further investment in Manx and UK ports, a profit-sharing agreement with government and an improved fairer pricing structure, on condition the Linkspan is extended past 2020.

Passenger rights group TravelWatch has welcomed the latest consultation documents, highlighting the necessity of investing in new vessels; but it has raised questions over the Steam Packet’s offer, asking whether customers will enjoy any real benefit from proposed pricing changes.

How likely is it that the Linkspan User Agreement will be extended?

At present, it appears to be the most realistic outcome.

Oxera wholeheartedly recommends that government continue its partnership with the Steam Packet, albeit with some caveats.

It recommends more nuanced pricing controls, and the implementation of ‘risk-sharing’ measures such as fuel surcharges.

The report also says extending the agreement until 2020 is too long to maintain a flexible, adaptable provision.

Crucially, it’s worth remembering that both the Steam Packet and government have the option to trigger a mandatory 6-year extension to the User Agreement before it ends – which may well be utilised.

In the immediacy, TravelWatch spokesman John Pennington urged Tynwald members to take time in considering all of the policy documents ahead of next week’s sitting.