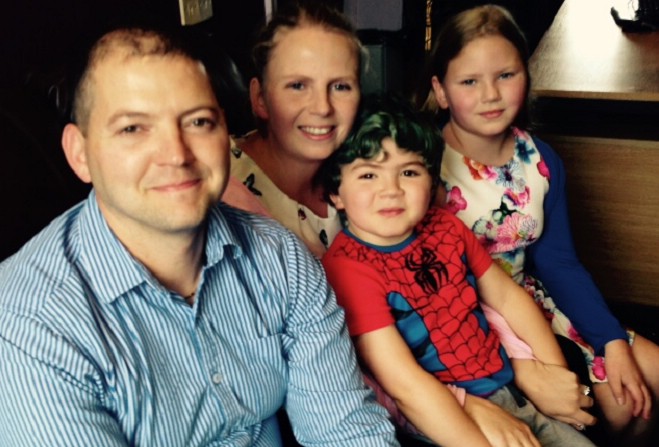 Clive and Kirstie Hesketh with Finley and 10-year old Alyssa

The parents of a seven year old boy with a rare disease are preparing to leave the Island for the UK, so their son can receive what's thought to be the only drug which can help him.

A new but costly drug Translarna has been prescribed by specialists at Alder Hey hospital in Liverpool - but the medication, with a six figure price tag per patient per year, is not funded in the Isle of Man.

The health department says there isn't sufficient evidence to justify the cost - although Finley is among only 50 boys in the UK who could benefit from it.

The Heskeths say in the UK, they would also be entitled to non means-tested disability grants for adaptations to their home, which are not available here.

A charity Finley's Tracks was formed to help the family meet costs, and support their campaign for Translarna.

However, fund-raising will not cover the cost of the drug year-on-year - and after an 18-month battle with the authorities, Kirstie says they've reached the end of the line: