Flint took drugs before death, an inquest has heard 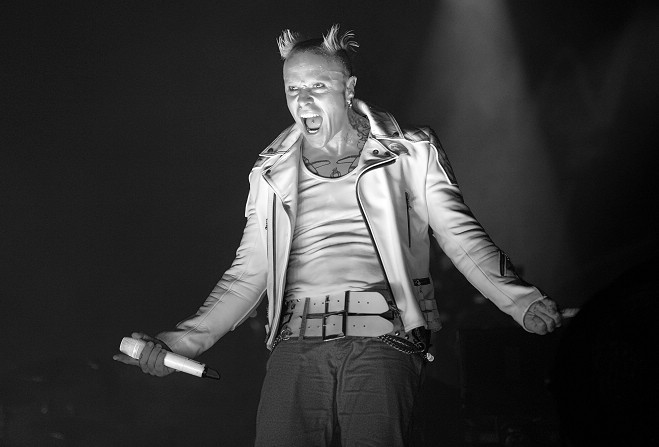 Prodigy frontman and road racing team owner Keith Flint had unspecified amounts of cocaine, alcohol and codeine in his system when he died, an inquest has heard.

A friend found the musician, dead, at his home in Essex on 4 March.

Senior Coroner for Essex Caroline Beasley-Murray recorded an open conclusion into his death, adding there was not enough evidence to say he had taken his own life.

Ms Beasley-Murray said: "We will never quite know what was going on in his mind on that date.

"I've considered suicide. To record that, I would have to have found that, on the balance of probabilities, Mr Flint formed the idea and took a deliberate action knowing it would result in his death.

"Having regard to all the circumstances I don't find that there's enough evidence for that."

The coroner also said there was insufficient evidence to record the singer's death as an accident.

Flint was laid to rest in Essex on 29 March.