Flood defence plans to go on display in Laxey 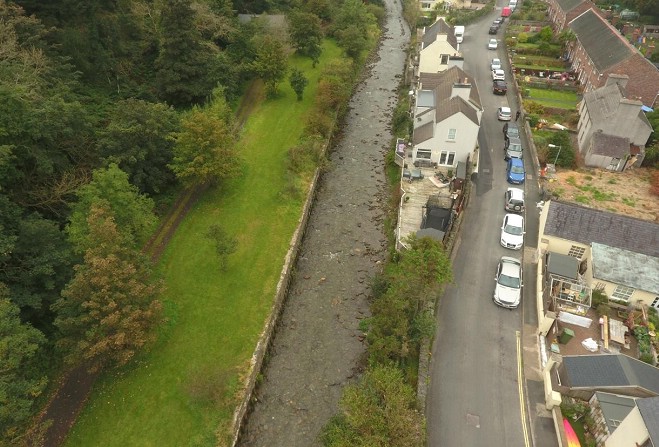 Multi-million pound plans to reduce to the risk of flooding in Laxey will go on display in the village next week.

The designs have been drawn up by Manx Utilities with contributions from the Department of Infrastructure and specialist engineering consultants JBA.

Drop-in sessions are taking place next week which will allow local residents and members of the public to offer their input.

Work is expected to be carried out over the next two to three years and supports recommendations of the ARUP report, which was commissioned following severe flooding in Laxey in October 2019.

Proposed changes include improving flood forecasting, managing debris in high-risk catchment areas, and a review of resources set aside for flood risk management.

Infrastructure Minister Tim Baker, who is also the Chairman of Manx Utilities, said "over 50 options have been identified for river, tidal, and surface water flood risk reduction having been evaluated for suitability, build-ability, economic viability and environmental sustainability."

A set of options will be agreed following the feedback from the drop-in sessions, which will run on 28 and 29 September at Laxey Working Men's Institute between 10:00 and 20:00.

Mr Baker added: "we look forward to listening and sharing proposals with the local community as it is essential that views are respected and importantly that local knowledge forms part of the scheme."

The overall scheme is expected to cost in the region of £10 million.

Last week, temporary work on the river was carried out by MU to reduce the risk of flooding during winter.

Large rocks were added in an attempt to stabilise the river walls and protect against erosion damage.

However, residents who live near the river raised concerns about its effectiveness, as well as complaining about a lack of prior notice.