On Air Saturday Breakfast Club George Ferguson | 6:00am - 8:30am
Gerry Rafferty - Right Down The Line Download 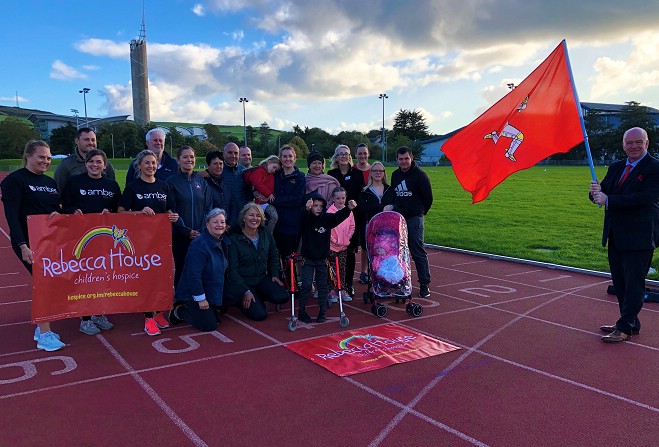 An 8-year-old Douglas boy has started out on his latest effort to complete a Marathon.

Dylan Walton, who has cerebral palsy and epilepsy, completed a walk up Snaefell in July, raising more than 27 thousand pounds for the Isle of Man Hospice and Rebecca House.

Last night, he started his 26 mile marathon at the NSC track in Douglas.

The plan is for Dylan to walk the distance over the next week before handing over to Christian Varley who will be running as part of this year’s delayed London Marathon on the Island next Sunday.

Chris Pearson caught up with Dylan's Dad, Jack Walton, after the first lap:

Chris also spoke with Hospice CEO Anne Mills, who was there to cheer on Dylan, who became the Hospice's most recent young ambassador: