Gatherings of up to ten people to be allowed from Wednesday 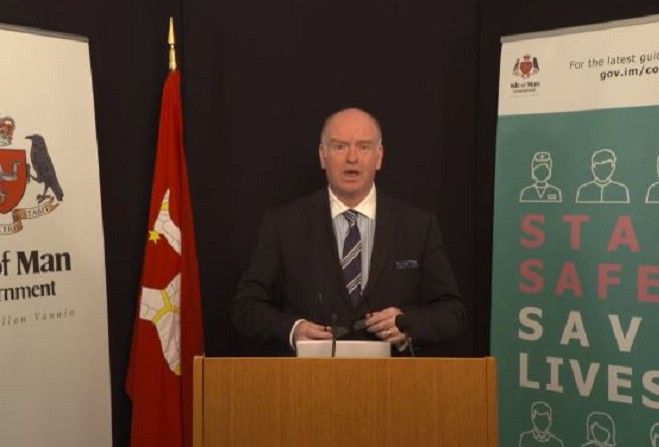 Gatherings of up to ten people outside are to be allowed across the Island from Wednesday (20 May).

The new measures have been announced by the Chief Minister Howard Quayle, at the media conference this afternoon.

He says the two-metre (six-foot) social distancing measure must continue to be maintained for outside visits.

Mr Quayle says a maximum of two people from the same household will also be able to go to other households.

There is no guidance on social distancing in these circumstances but people are asked to think carefully about how they manage such gatherings.

Previously, it was recommended that time inside should be limited (recommended 15 minutes).

Gatherings of ten people must take place outside - with the inside maximum of two.

The chief minister said "think before you hug".

Listen to his outline of the new regulations on gatherings here: