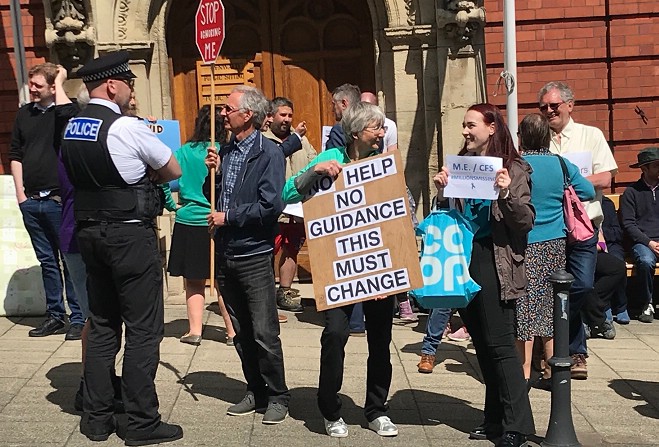 Manx Care says it has made 'good steps' towards the setting up of an interim M.E./ Chronic Fatigue Syndrome service on the Isle of Man.

Treasury Minister David Ashford – in his previous role as Health and Social Care Minister – had said an interim service would be in place by the end of this year.

Meanwhile, Mr Ashford told Manx Radio that Treasury has received a 'very clear' business case for the development of a permanent service on the Island:

A local charity is urging people suffering from M.E. to reach out, no matter how minimal they feel their symptoms may be.

It's a condition that can develop after someone, of any age, contracts a virus, and before the Covid pandemic it was thought around 300 people on the Island had it.

More than 18 months on, it's believed that number will have increased.

Juan Corlett of M.E. Support IoM has been making videos with specialists on the condition, to raise awareness:

You can watch the interviews HERE.

'There is hope for every person.'

A woman who was diagnosed with M.E. almost a decade ago says she's now recovered thanks to the use of 'functional medicine'.

Emma Thompson fell ill with Chronic Fatigue at 29, she's now 38 and has recently returned from a Muay Thai competition in England in which she won over five rounds.

For the best part of the last 10 years, Emma found herself needing to sleep 20 hours a day and struggling to do basic day-to-day things like brushing her hair.

She says she's now recovered after extensive tests showed how her body was being affected by the illness:

Manx Radio asked Manx Care for an update on progress made with the interim M.E./ CFS and Long Covid service.

Its response as follows:

'Manx Care is making good steps towards the establishment of an interim service for ME/Chronic Fatigue syndrome/Long Covid patients.'

'It is hoped to look at the effects of Long Covid for children too.

'Currently there are weekly support sessions of physiotherapy, occupational therapy and clinical psychologist services on offer.

'This support is open to referrals from GPs.

'Manx Care is working with NICE to shape clinical pathways for patients.

'An explanatory leaflet will be available shortly to help provide the public with more information about Long Covid.

'There will also be engagement sessions between Manx Care, patients and charities commencing in early 2022.'