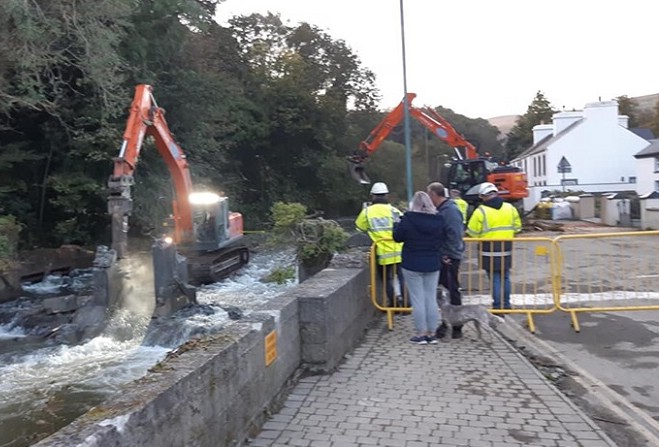 Plans for flood prevention measures on display in village

Multi-million pound plans are currently being displayed in the Working Men's Institute in the village, with members of the public able to have their say.

Work is expected to be carried out over the next two to three years in a combined effort between Manx Utilities, the Department of Infrastructure and engineering consultants JBA.

It's approaching a year since a major incident was declared after severe flooding hit Laxey.

Residents were left trapped in their homes and the village was cut off for a time when the river burst its banks and poured into the streets.

Input from members of the public is now being welcomed as flood alleviation plans are put on display.

Garff MHK Martyn Perkins says the concerns of the community need to be heard: