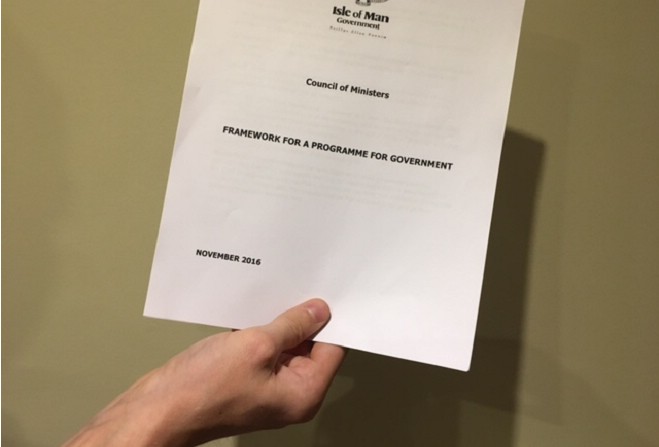 Guiding principles informing a framework for a 'Programme of Government' have been released to the public online.

Chief Minister Howard Quayle will present the document to Tynwald when it sits on November 15.

He's seeking members' approval on high-level objectives for the next five years assembled by the Council of Ministers since being elected to office.

This is the first stage in the development of a programme for this administration.

Any future decisions will be guided by principles aimed at creating a more inclusive government.

It's expected the framework will be continually developed before Tynwald sits again in January - when CoMin will present the completed version.

Proposals can be found online at gov.im