Gov't to work with MNH to return 'Peggy' to Castletown 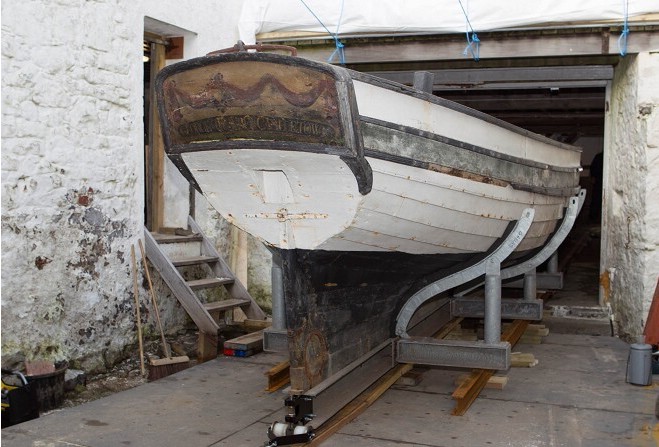 Manx National Heritage to report on progress by November

Tynwald has agreed to work with Manx National Heritage to return the armed schooner 'Peggy' to the Nautical Museum in Castletown.

The Peggy was removed for conservation work in 2015 after being housed in what were described as 'appalling conditions'.

Arbory, Castletown and Malew MHK Jason Moorhouse brought the item to the chamber.

The motion outlines that MNH will have to report to the sponsoring department by November this year, on a number of issues.

Those included the creation of 'a realistic timeline to secure the return of the Peggy'.

It also calls for a business case to be made, building on a 'commitment that the Peggy will return to Castletown as soon as sufficient finance can be raised to re-house her'.

Mr Moorhouse says it's about preserving the Island's history and heritage:

In an hour-long debate however, the motion was not without opposition.

Some were worried about what was described as a 'blank cheque' aspect of working to find 'sufficient finance' without specific numbers.

Others were concerned the responsibility of the issue did not lie with them - MLC Jane Poole-Wilson was one them:

In the end though the motion carried with a comfortable majority in both the chamber (17 for, six against) and LegCo (five for, three against).